Hikers came from near and far to participate in the first annual “Summit Mt. Washington” HIKE for Mental Health on August 25, 2012, and by all accounts it was an overwhelming success! 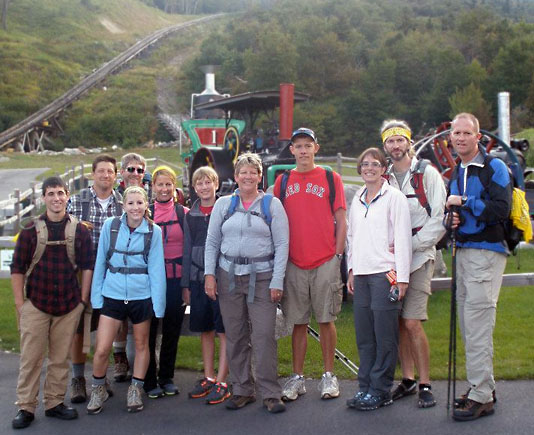 Our 2012 Mt. Washington hikers assemble at the base of the Cog Railway for their ascent.

Clear skies and perfect weather greeted the 11 hikers, who journeyed from five different states to meet up at the Cog Railway station for the 7 a.m. start.

Soon, jackets and wind shells came off as we began the 5 mile ascent, climbing in the alpine forest along the western ridge. 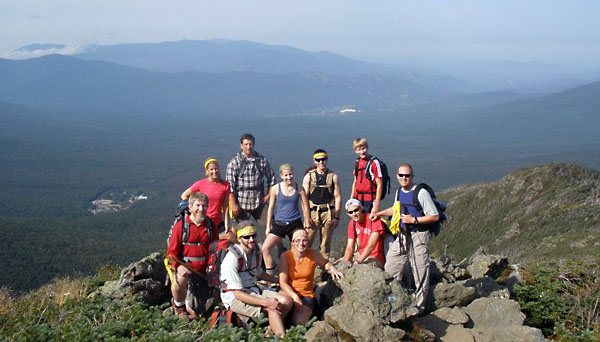 Our hikers pause at viewpoint below treeline. 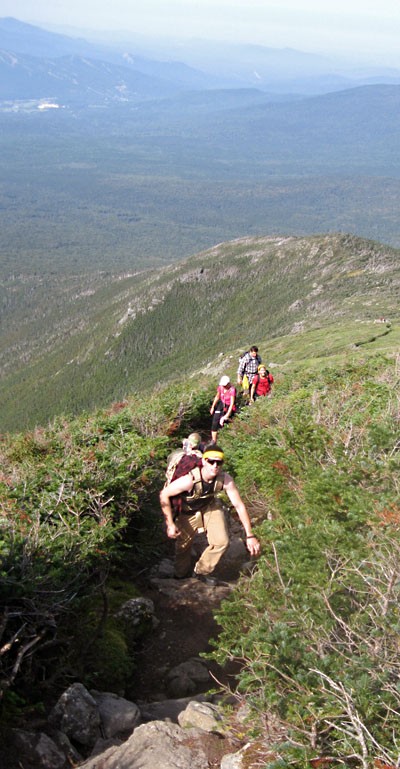 Ascending through the scrub pine. 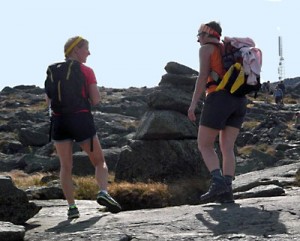 Laurie and Diana chat on the hike

After a rest break at the first viewpoint, we continued the traverse through scrub pine to reach the treeline.

At the followed the cairn markers above tree line toward the summit, we enjoyed getting to know each other and re-discovering that one of the best things about hiking is getting to meet and hike with fantastic people in amazing places. 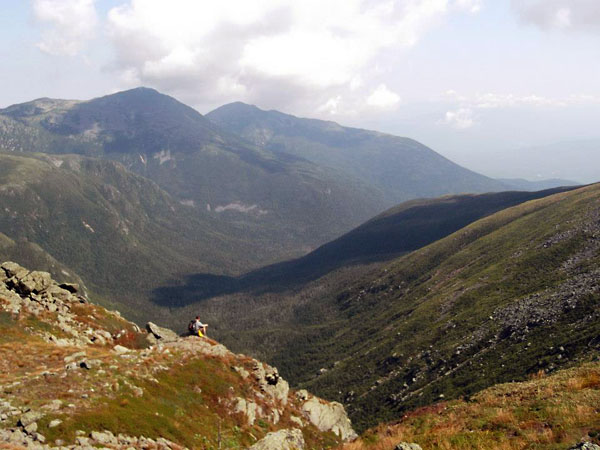 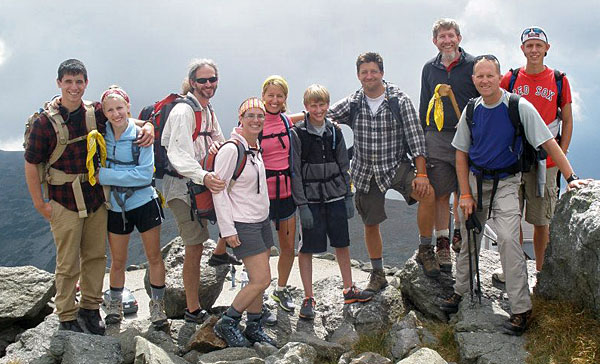 For a Good Cause

The hike raised $2,650 from 42 sponsors, including a cash donation we received as we descended the mountain from someone who inquired about Sue’s yellow bandanas.

In the words of hiker Diana, “I loved it. I feel deeply privileged to be able to be a part this new nonprofit org. The people we met were inspiring and the conversations were wonderful. Looking forward to the next one. On the other hand, my legs are so stiff I feel like I’m walking on sticks instead of legs.”

How much fun was the hike? Even before it was over, Sue had already set the date for next year’s “Summit Mt. Washington!” And everyone on the hike vowed to return.

HIKE for Mental Health thanks the hikers and their sponsors for making our inaugural fundraising hike such a success. And a special thank you to Sue Twombley for inspiring and organizing such a great hike!

The full photo gallery is here.

Descending Mt. Washington through the cairns above tree line.