‘Journey of a thousand miles’ comes to an end

Pringle’s hike for mental health: October 1, 2019. Sarah Jane Hatfield, a former graphic designer at The Mountaineer, embarked on a thru-hike of the Appalachian Trail. During her journey, she sent dispatches from the forest, which were published each Wednesday. This is her final dispatch. 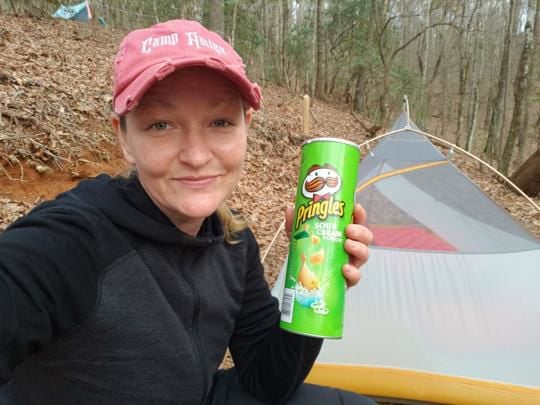 Hiking through: August 20, 2019. First hiker to trek the Lakes-to-Ocean Trail straight through makes stop in Kokomo on her HIKE for Mental Health. 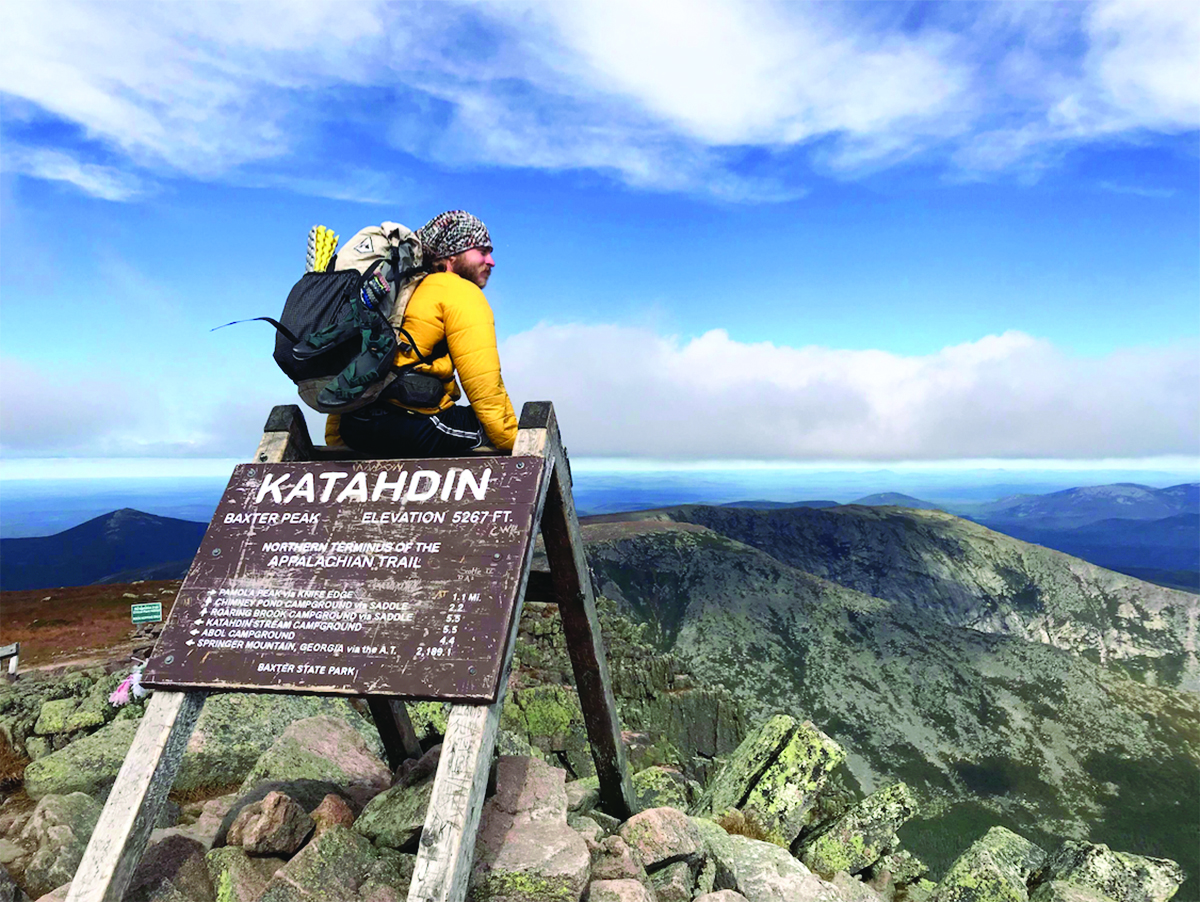 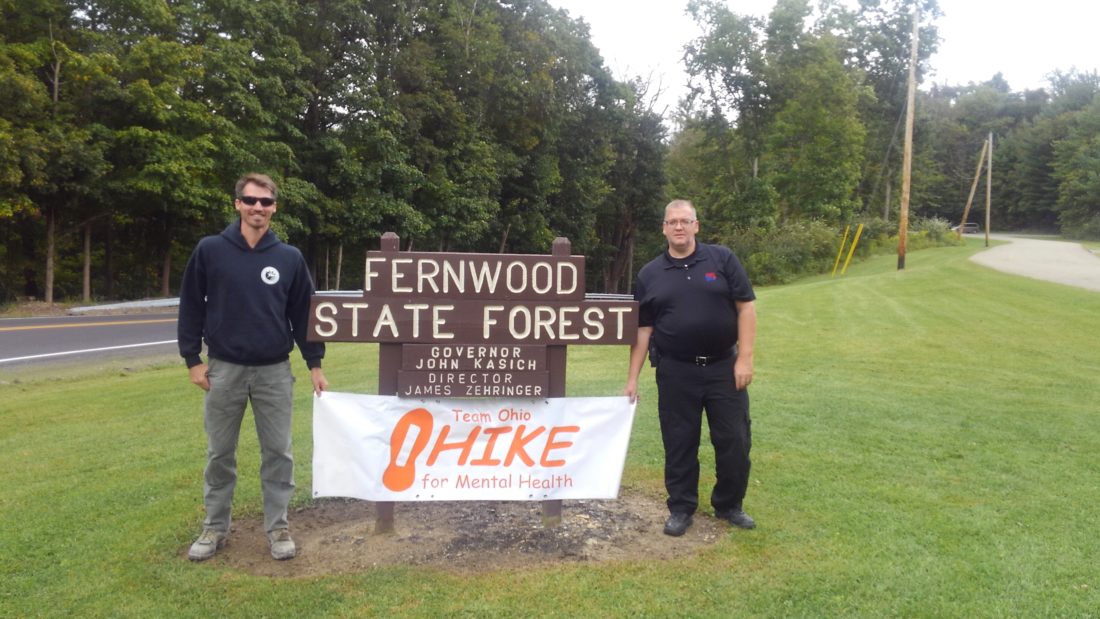 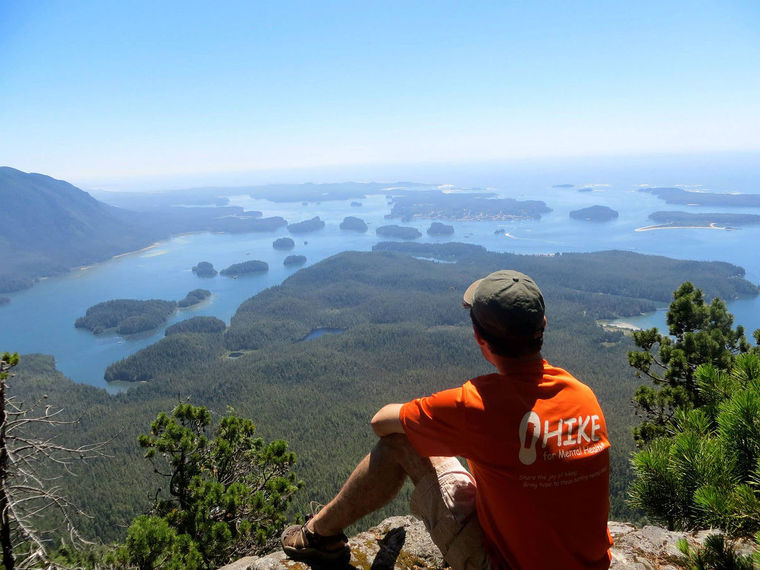 Hike for Mental Health planned for Lula Lake: September 23, 2015. A great article by Sean Phipps about a hike organized by Emily Ellis and Cassidy Wolfe. 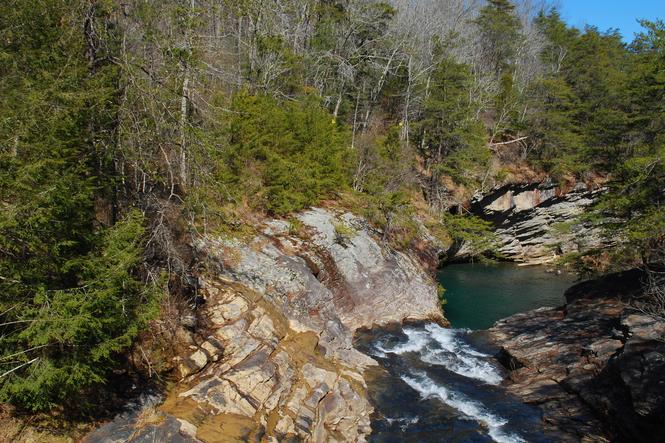 Scenery on the Lulu Lake hike planned for asdaddd. 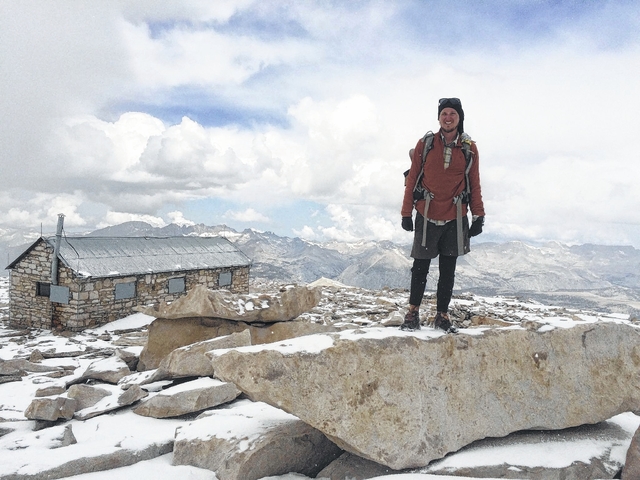 Jason Baab with snow in June near Mt. Whitney in the High Sierras of California. Baab has completed roughly 2,000 miles of his 2,650 mile trek along the Pacific Crest Trail to raise money and awareness for mental health. 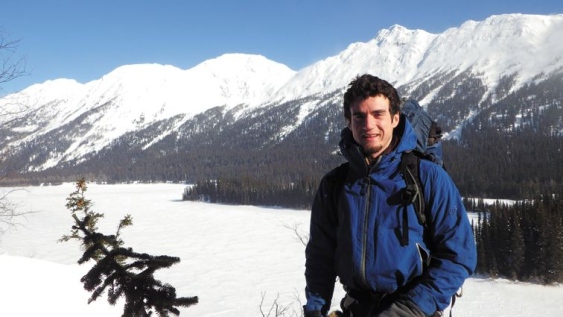 “The issue of mental health is of personal importance to me, it having affected my life and my family’s life,” said McKeeman, who was diagnosed with bipolar disorder at 19 and has struggled with both extreme fluctuations in mood as well as depression in his younger years. “It’s always been a dream of mine to finish the trail. I figured while pursuing this goal and dream of mine to give back to others.”

2014. Pat Horsch published the following article in the newsletter of the Tri-State Ramblers. 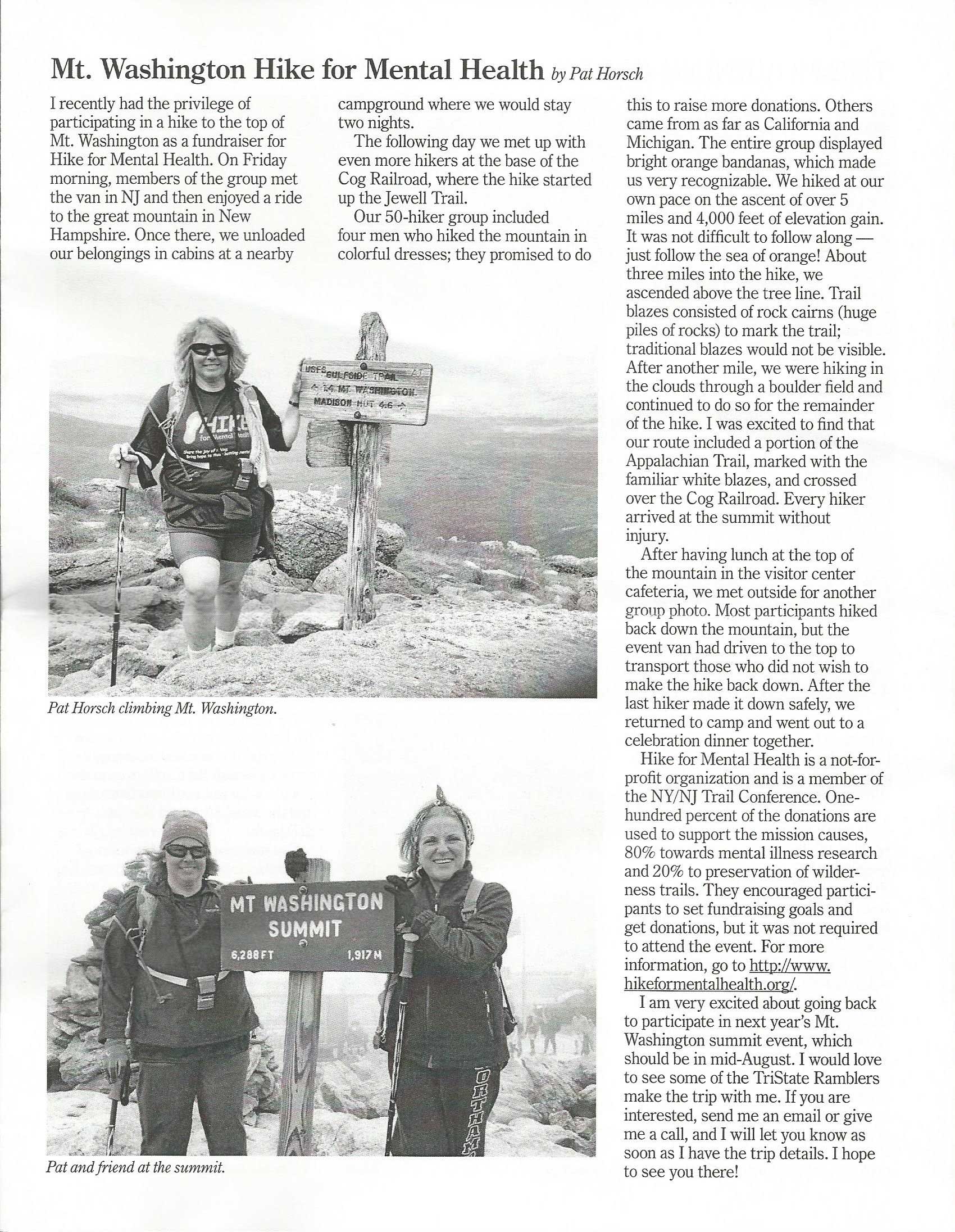 Pat Horsch joined our Third Annual Summit Mt. Washington hike in 2014. We hoping to see her and others from the Tri-State Ramblers back on the summit in 2015. Thanks, for the great write-up, Pat.

Man plans 2,600 mile journey to honor brother: October 14, 2014. Jonathan Lundy plans a five-month wilderness trek from Mexico to Canada in an effort to honor his late brother and raise money for those suffering from mental illness.

GRAND RAPIDS, Mich.—A West Michigan man is planning a five-month wilderness trek from Mexico to Canada in an effort to honor his late brother and raise money for those suffering from mental illness.

Jacksonville couple beginning 6-month Appalachian Trail hike to raise money for mental health: June 27, 2014. Michael and Kelly Looney describe their plans to thru-hike the AT beginning in July and why they are including HIKE for Mental Health on thier journey. 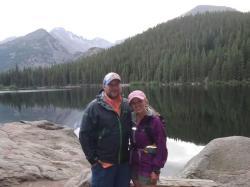 Michael and Kelly Looney will leave July 11 for a six-month hike down the Appalachian Trail, from Maine to Georgia.

Fundraising hike for mental health set for Saturday: May 30, 2014. A Vermont hike organized by Zach Cavacas is featured in this article which ran in both the print and online editions. In the article, Zach, who is a great guy and one of the first to volunteer to lead a hike for us, very modestly says, “I’m just going to guide people up the mountain.” No, Zach, you are doing a lot more than that. Thank you for bringing HIKE for Mental Health to Vermont. Note: To view the online edition of the newspaper requires a subscription or a $1 day pass. 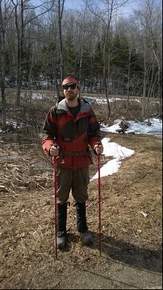 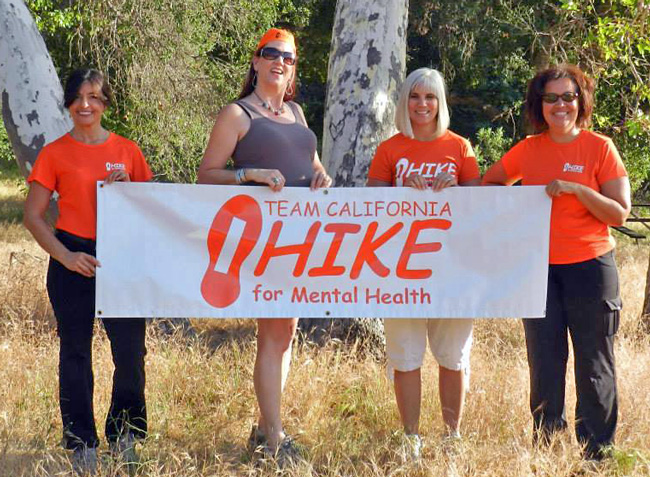 Heed the Call of the Trail:  The April 3, 2014, article describes Charlotte Miller’s upcoming hike on the Appalachian Trail and the role HIKE for Mental Health plays. 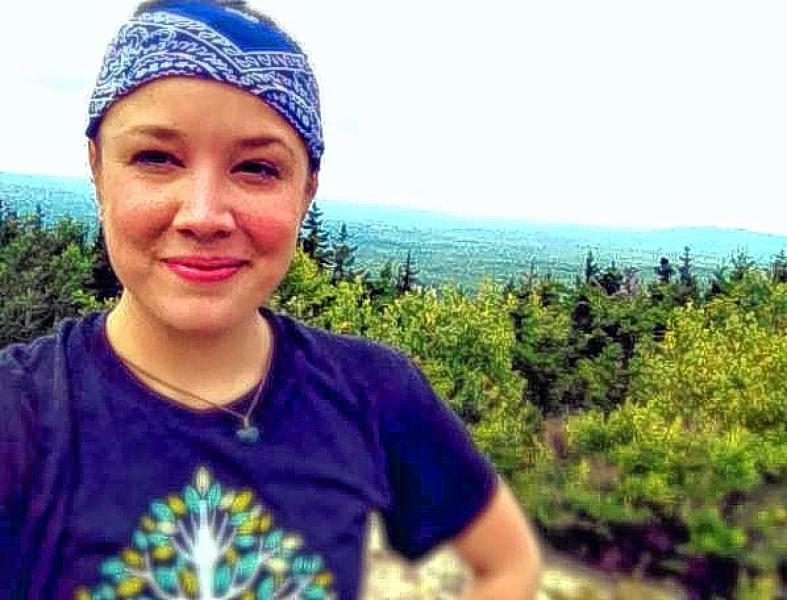 In order to prepare for her upcoming 1,018 mile trek Miller spent the fall hiking. Here she smiles on the summit of Pack Monadnock. Credit: Monadnock Ledger 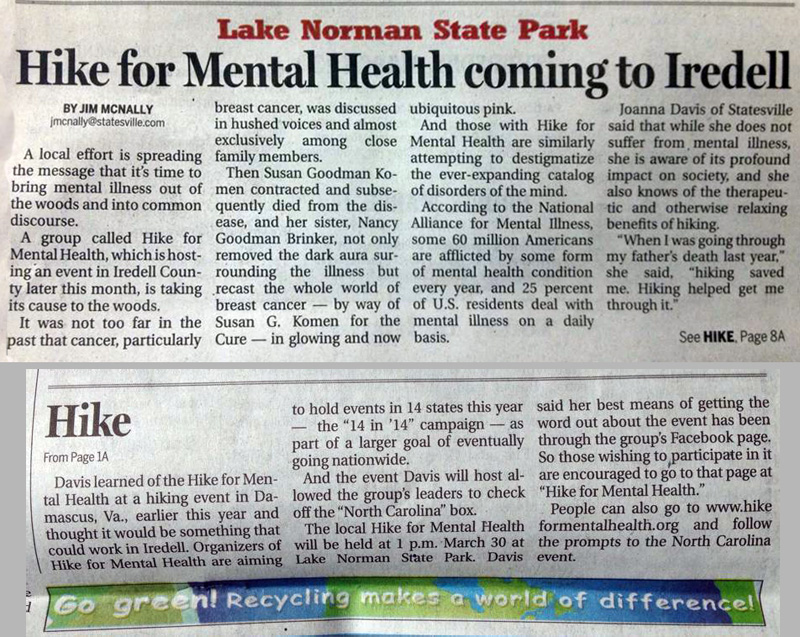 AT Journeys, The Magazine of the Appalachian Trail Conservancy

A Tale of Two Towns: See the photo by Donna Chapman on page 33 from our Cat Rocks and Great Swamp hike, co-sponsored with the Harlem Valley Appalachian Trail Community. 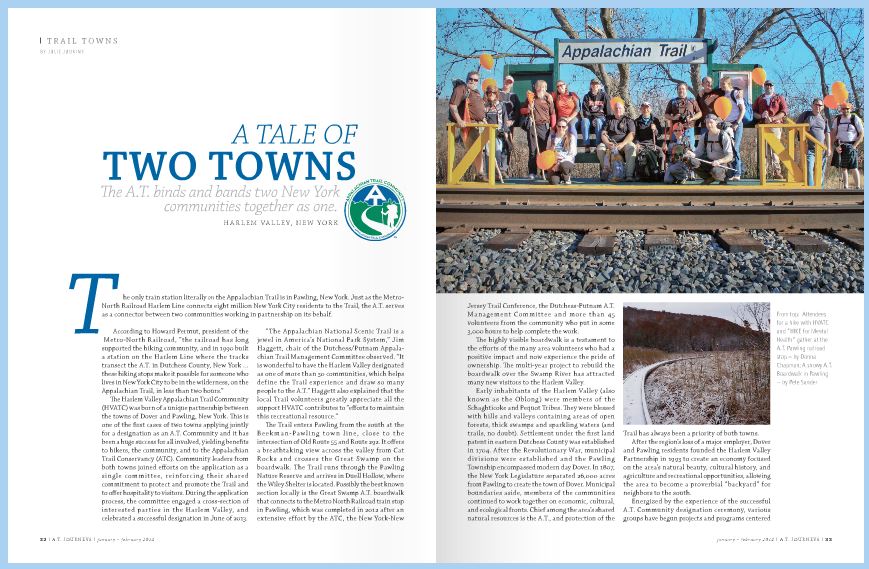 Chipmunk’s 2,180-mile quest: 15-year-old Neva Warren talks about HIKE for Mental Health on a stop in Delaware Water Gap on her way to becoming the youngest solo thru-hiker to complete the Appalachian Trail.