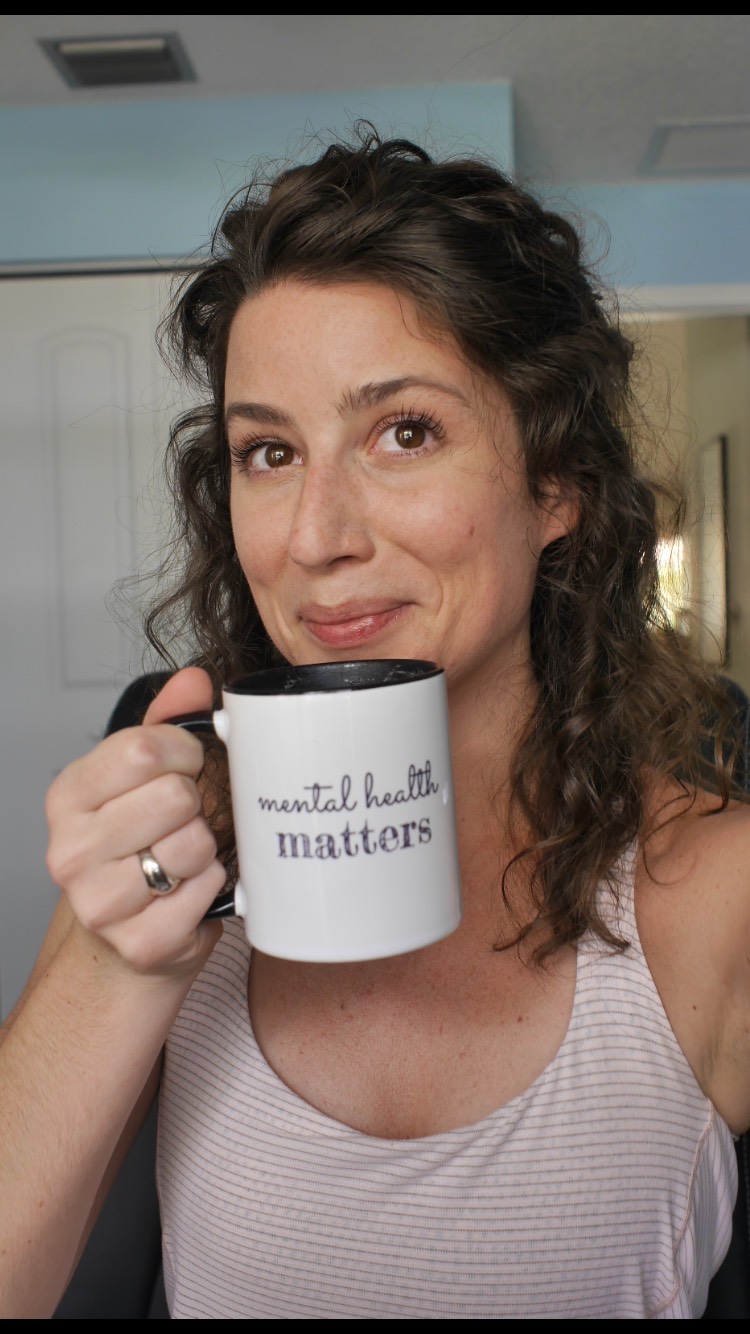 I #hikeOctober because I yearn for freedom.

When I was 22, I found myself in rehab. Years of daily blackout drinking and a crippling case of alcoholism will do that.

I’d dealt with depression. I’d dabbled in eating disorders. I’d spent the majority of my life feeling deeply uncomfortable in my skin and in this world.

So there I was. While most of my classmates were preparing to graduate college, I was livin’ it up in rehab.

At this particular rehab, livin’ it up included going on weekly hikes. Even though it was January. In Connecticut. And snowing.

And it was. My first hike was deeply uncomfortable.

The entire trek up the mountain, I stayed in my head, comparing myself to others and mentally cataloging my defects.

But I wasn’t. I was miserable. I wasn’t buddying up with anyone. I wasn’t talking or laughing. I felt how I always felt in social situations without alcohol: broken, defective, inferior. Uncomfortable. Always uncomfortable.

Here’s the kicker (and why I wrote everyone in quotes): I was in rehab. So were the rest of the people on the hike. They weren’t happy, joyous and free. They were as uncomfortable as I was. But I couldn’t see that in the moment: I saw what I always saw, based on the story I had been telling myself since elementary school.

When we reached the summit, I wish I could say I had a white light experience. That I looked out at the awe-inspiring view and was flooded with gratitude.

But I didn’t. Instead, I looked around to see if there was a place where I could sneak a cigarette. You know…to reward my lungs.

Back then, my solution was always to turn to a substance. To try to find any way to escape the discomfort of my existence. However, the counselor was too hawk-eyed for me to sneak off and I was too keen on flying under the radar to disobey. So instead I sat down.

I took in the view and felt…something.

It wasn’t a white light experience. It wasn’t a dramatic aha moment. It was simply a moment of feeling less uncomfortable. Something approaching a sense of ease.

This feeling amplified during the descent. The trek down was easier. And not just because it was downhill. I was in a different frame of mind. I wasn’t so caught up in creating a mental list of all my shortcomings. I didn’t compare myself to everyone else. I just walked. I even laughed at one point as we all slipped and slid down a snowy patch. I wasn’t sure if I was ever going to laugh sober.

Did I arrive at the base of the mountains magically transformed? Hell no.

Did I arrive in a different state than I left it? Absolutely.

That was enough. With mental health, anything that gets you in a different state is enough.

Maybe for you it’s hiking. Maybe it’s meditation or journaling or meeting with your therapist three times a day. Maybe it’s finding a supportive community or getting a dog. Maybe it’s pulling an Eat, Pray, Love and moving to a different country.

It doesn’t matter what it is. Just that you find something that grants you a temporary reprieve from the heavy burden of constant discomfort.

Because those reprieves, those moments of ease, are clues. Clues about what you need to do to get well. And when we listen to those clues, we recover.

Today, I am in recovery from all of my mental health conditions. I am mentally well(ish). And it’s not because I found a magic bullet. It’s because I listened to the clues about what would work for me and became an empowered advocate for myself.

In my opinion, that’s the only way this works. To recover from mental health conditions, we need to become empowered to pursue the solutions that work for our unique circumstances. Then, and only then, do we get the freedom we yearn for.

So I #hikeOctober in honor of the freedom I cherish. I hope you will too.

This article is part of our #hikeOctober campaign to shed light on the stigma of mental illness and to promote the benefits of hiking. 100% of the funds raised from this campaign will be dedicated to alleviating the suffering of mental illness and to wilderness trail conservancy. If you would like to learn more or add you voice to our I #hikeOctober… series, please contact us.