If you’ve been on social media recently, you might have seen a video that circulated in early April; posted by the World Economic Forum, the video “What is Japanese Forest Bathing and Can it Improve your…” provided a very quick look into the Japanese practice of Shinrin-yoku.  Known also as ‘forest bathing,’ Shinrin-yoku is not a new practice but one that has been developing and making headlines since the 1980s.  A quick examination of those headlines will reveal the practice’s rich history, the results of evidence-based research, and some varying definitions of what Shinrin-yoku is.  Here, I’ve compiled and synthesized several sources to provide a brief examination of Shinrin-yoku, how it connects to mental health, and how you can bring elements of the practice into your life. 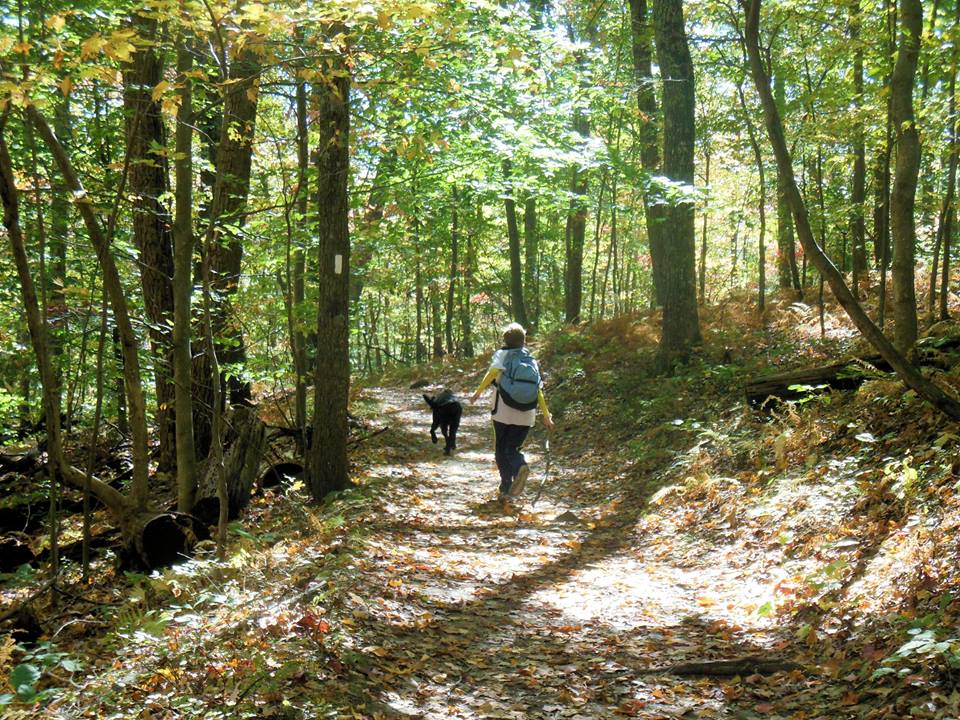 The term “Shinrin-yoku” was coined in 1982 by the Japanese Ministry of Agriculture, Forestry, and Fisheries.  It was defined by Park et al. (2010) as, “making contact with and taking in the atmosphere of the forest: a process intended to improve an individual’s state of mental and physical relaxation.”  It is thought to be the most widespread nature-based activity that connects forest and human health (Park et al., 2010).

By now you might be asking, how is Shinrin-yoku different from hiking?  That’s a great question and one that I asked myself when I was ears-deep in articles.  The key is mindfulness or the practice of focusing your awareness on the present moment.  In the article Forest Bathing, Smith (2014) explains this distinction when she writes, “what sets forest bathing apart from simply taking a walk in the forest is that we consciously take in the sights, sounds, smells, and the whole experience, rather than allowing our minds to do the things they habitually do, like putting together a mental grocery list.”

A slew of studies has been conducted looking at the physical effects and health benefits of forest bathing on the human body.  Through the use of blood tests, MRIs, and other medical examinations a strong positive correlation between physical health and Shinrin-yoku has been established.  A positive relationship between forest bathing and psychological health has been harder to determine because those qualities that demarcate mental “health” are not always or easily quantifiable or even discoverable through medical tests.

In one of the few studies that has examined the non-quantifiable, psychological effects of forest bathing, Morita et al. (2007) revealed that the mood of their 498 participants, measured by self-reported mood subscales, was improved after a visit to the forest.  Interestingly, the study also explored other variables, such as length of stay, and found that the duration of the stay did not have effect on the increased positivity of the participants.  However, those participants who self-reported chronic stress experienced more positive effects (Tsunetsugu, 2010).

Through looking at what we can learn from the quantifiable data that scientific field prefers, we can learn a lot about the physiological reactions our bodies have to nature.  In studies from both South Korea and the United States participants were shown a picture of a natural scene.  What both studies showed was a measurable drop in hemoglobin in the prefrontal cortex.  Located in the front of the brain, the prefrontal cortex is responsible for problem-solving, complex thought, and emotions.  While the prefrontal cortex gets a reprieve, the parts of the brain associated with emotion, pleasure, and empathy experience a boost in activity (Williams, 2012).

In a study conducted by the Center for Environment, Health, and Field Sciences at Chiba University in Japan, researchers sought to measure the effect of a thirty-minute forest visit on the body.  With the help of 280 individuals in their early 20s, the team recorded the participant’s salivary cortisol, blood pressure, pulse rate, and heart rate (all indicators stress levels) during a day in the city and then after the visit to the forest.  What they found was that time spent in the woods lowered the concentration of cortisol in the saliva, heart rate, blood pressure (Park et al., 2010).  Levels of high cortisol have been linked to depression.

Much of the research on Shinrin-yoku was done years ago; however, it remains important because it’s a launching point for more current research on the relationship between mental health and being in the outdoors.  This relationship is becoming increasingly important because of modern urbanization trends which indicate that twenty percent of the human population lives in an urban area; this number is projected to be closer to seventy percent in the next few decades.  A 2015 study done at Stanford University explained what this could mean for mental health, “city dwellers have a higher risk of anxiety disorders and a 40 percent higher risk of mood disorders as compared to people in rural areas.  People born and raised in the city are twice as likely to develop schizophrenia” (Jordan, 2015).  As new research seeks to answer the emerging challenges of urban dwelling, the existing body of research done on forest bathing becomes relevant as scientists and mental health professionals endeavor to build from it.

Bringing the Practice to Your Life

If like me, you’re unable to hop on a plane and jet off to Japan, there are ways to bring the practice of Shinrin-yoku into your life, but there are two key things to remember.  First, while you’re in nature, your focus shouldn’t be on anything except what is happening at the exact moment, this is a mindful practice.  Use your all your senses to create your sense of being in that moment.  Second, it isn’t about the physical exertion, getting to the top of the mountain, or achieving new badges on your exercise tracker; it’s about moving at a pace that feels right for you and your body.

Still feeling a bit unsure of how to begin forest bathing?  Check out the quick, step-by-step guide written by Christa Smith at the end of her article Forest Bathing: https://www.psychologytoday.com/blog/shift/201409/forest-bathing

So, go take a walk in the woods (or the park).  Silence your cell phones, leave the exercise tracker in the car and enjoy your stroll.

To watch the video and read the corresponding article from the World Economic Forum: https://www.weforum.org/agenda/2017/03/the-japanese-practice-of-forest-bathing-is-scientificially-proven-to-be-good-for-you?utm_content=buffer1c549&utm_medium=social&utm_source=facebook.com&utm_campaign=buffer

Williams, F. (2012, November 28). Take Two Hours of Pine Forest and Call Me in the Morning. In Outside Magazine. Retrieved from https://www.outsideonline.com/1870381/take-two-hours-pine-forest-and-call-me-morning