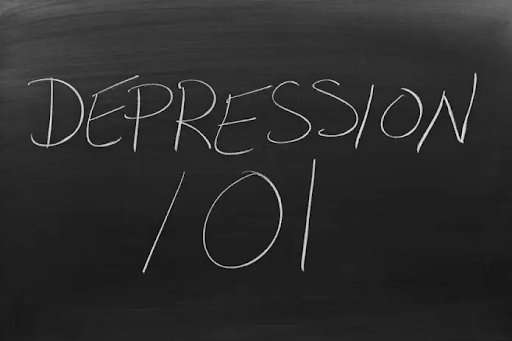 This is part three of our series on depression. If you would like to go back and read the first two posts you can locate them by going here and here.

In part one of our series on depression I shared a very basic 30, 000 foot view of common signs and symptoms of depression. In part we, the focus was on lifestyle factors and behavioral tips to help yourself continue to function as you go through a depressive episode. Today’s post is all about your thought life and the presence of unhelpful thinking styles that are often present when depression is present.

There are several different unhelpful thinking styles. There are lists all over the internet, some of which say there are 10, others say 15, and still others say there are 22 different types of distorted thinking. I am not going to attempt to address all of them. I have chosen a few that I see most commonly in session.

So, how do we combat these unhelpful thinking styles? There are several different ways to do this. The first and most important step is becoming aware of these types of thoughts. The list above is just a snapshot of some of the cognitive distortions people have. If you’d like a more complete list with different examples, check out this post over on GoodTherapy.

One way you can become more aware of the types of thoughts you’re having is by keeping a Thought Diary. There are numerous ways these diaries or logs can be formatted. A quick online search will pull up several different printable forms. You can create your own by purchasing an unlined notebook from the local dollar store. Next, you’ll divide each page into 6 columns with the following headings and fill out the information for each column as noted:

If you notice that you engage in judgmental thinking or speaking, it might be helpful to start identifying the rules that you have for yourself and others. You can do this by taking the following steps:

If you notice you engage in emotional reasoning it may be helpful to engage in some fact-finding. Feelings and opinions are not facts. They are subjective in nature. When you’ve identified a problematic thought, you can write that thought down at the top of a piece of paper. Then, divide the paper into two columns, leaving some space at the bottom. The left column will be titled “Facts For” and the right column will be titled “Facts Against.” In each column you will write just the facts that either support or do not support the thought. After you’ve written and reviewed the facts, write your determination at the bottom. Is the thought accurate? Balanced? Helpful? If not, rewrite it in the space to make it more accurate, balanced, and helpful.

Below are formatted and printable versions of these interventions if you’d like to try them out:

Please remember: while some things you may be able to tackle on your own, sometimes it’s necessary and helpful to have a knowledgeable and neutral person to talk through difficult thoughts and emotions with.

To find a board certified counselor in your area you can go to https://nbcc.org/search/counselorfind.

If you live in the state of Alabama, Eagle Counseling is here to help. We offer in-person and virtual counseling to anyone residing in the state.