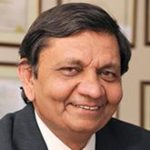 Lost work productivity accounts for most of depression’s economic burden and contributes considerably to the pain felt by sufferers, but only recently have studies begun to explore its relationship to the long-term clinical course of the illness.

New research published August 13 in the American Journal of Psychiatry suggests that early changes in work productivity following treatment can help predict recovery down the road. The findings support the value of tracking patients’ work life in addition to other outcomes like depressive symptoms during treatment.

Work productivity was assessed in 331 patients with major depression enrolled in the Combining Medications to Enhance Depression Outcomes (CO-MED) trial. The assessments were made throughout the trial.  Patients filled out questionnaires about their employment status and number of hours worked, the amount of time missed from work, and impairment while working. Depressive symptoms and cognitive functioning were also tracked throughout the study.

Early improvement in work productivity may predict recovery from depression later on.

Consistent with previous findings, patients were less likely to miss work and more likely to be productive at work following antidepressant treatment. This was true even after accounting for baseline demographics and changes in self-reported depression severity and cognitive impairments (such as inability to recall information, sustain attention, and find words as well as loss of sharpness or mental acuity) throughout the study. More specifically, productivity improvement was significant within 3 months of the beginning of the trial, what was called the “acute phase,” but there was no observed change in productivity during the trial’s subsequent “continuation phase.”

“Our findings support the importance of measuring work productivity during antidepressant treatment,” the researchers reported. “Work productivity may be an easy-to-administer patient-centered outcome that can identify patients in the course of treatment who may benefit with treatment change or augmentation.”

Their findings demonstrate the benefit of including work productivity assessments in both treatment trials for depression as well as routine clinical practice.