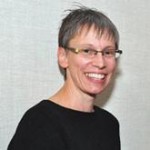 Transplanting young neurons into an adult mouse brain can temper brain hyperactivity relevant to schizophrenia, reports a study co-led by former NARSAD Young Investigator Grantee, Holly Moore, Ph.D., Associate Professor of Neurobiology in Psychiatry at Columbia University. Although neuron transplants are not envisioned for people with schizophrenia, the findings point toward the development of potential new therapies to target a certain kind of neuron in a specific brain region—interneurons in the hippocampus.

Interneurons, which help brain cells communicate with each other, put a damper on the electrical signals passed around the brain as information. Signs of hyperactivity have been found in brain signaling in schizophrenia, especially in the hippocampus, a region important for memory. Hyperactivity in this region, and areas connected to it, has been linked to the symptoms of psychosis.

The new study, published in the Proceedings of the National Academy of Sciences on May 2nd, found that mice genetically engineered to have fewer than the normal number of interneurons in the hippocampus show this type of hyperactivity in both the hippocampus and a linked area called the ventral tegmental area. This is in line with the theory that problems in the hippocampus set off a chain reaction in other parts of the brain.

The researchers report that by adding a small number of cells in a very defined region of the brain’s hippocampus, some of the schizophrenia-like symptoms in the mice were reversed in adulthood, even after onset of symptoms. This suggests that a novel therapeutic approach targeting hippocampal GABA interneurons could offer potential for more effective treatment and potentially even prevention of schizophrenia.

Read more about this research from the Schizophrenia Research Forum.

Read a press release from Weill Cornell Medical College about this research.