The following break-through was published in November 2012 on the Brain & Behavior Research website. Eighty percent of the funds raised by HIKE for Mental Health go to support the scientific research funded by the BBRF through its grant programs, including the NARSAD grants. 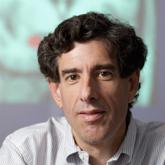 Two-time NARSAD Distinguished Investigator Grantee, Richard J. Davidson, Ph.D., helped lead a study showing a causal relationship between stress experienced in infancy and abnormal brain connectivity causing anxiety and depression in late adolescent girls. Researchers have long known that stress early in life is a risk factor for a host of psychological and physical problems, from mood disorders and substance abuse to obesity and cardiovascular disease. This study shows that for some girls, stressful experiences in the first year of life drive hormonal changes later in childhood that cause chemical changes leading to the abnormal brain connectivity.

“This is one of the first demonstrations that early stress seems to have an impact on the way this regulatory circuitry is set up in late adolescence,” says Richard Davidson, a neuroscientist at the University of Wisconsin-Madison and one of the leaders of the study. The study was published November 11 in Nature Neuroscience.

The study showed that 18-year-old girls who had had high cortisol levels at age 4 have weak connectivity between the amygdala, a deep nub of the brain known for processing fear and emotions, and the ventromedial prefrontal cortex, an outer region involved in curbing the amygdala’s stress response.

The study is also notable for parsing sex differences, says Bruce McEwen, Ph.D., Brain & Behavior Research Foundation Scientific Council Member and neuroscientist at Rockefeller University, who was not involved in the work. Although there’s no obvious explanation, anxiety and mood disorders are more prevalent in women, whereas antisocial behavior and substance abuse are more common in men. “It fits with the idea that they both feel what’s going on, but have different strategies for expressing their unhappiness and maladjustment,” he says.

For more information, check out the original article.