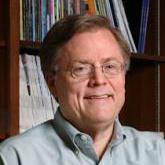 An article recently published in Biological Psychiatry questions whether the release of high levels of so-called stress hormones increases or decreases the likelihood of developing PSTD down the road.

One of the authors of the study is Bruce S. McEwen, Ph.D., a Scientific Council member of the Brain & Behavior Research Foundation whose grants HIKE for Mental Health helps to fund.

The article is summarized on eurekalert.org as follows:

Glucocorticoids, a group of hormones that includes cortisol, are considered stress hormones because their levels increase following stress. When their relationship to stress was first identified, it was shown that the release of cortisol prepared the body to cope with the physical demands of stress. Subsequently, high levels of cortisol were linked to depression and other stress-related disorders, giving rise to the hypothesis that high levels of cortisol on a long-term basis may impair the psychological capacity to cope with stress.

For this reason, drugs such as mifepristone that block glucocorticoid activity, called glucocorticoid receptor antagonists, have been tested as treatments for depression. But other recent data suggest that, in animal models and in humans, elevating glucocorticoid levels may reduce the development of posttraumatic stress disorder or PTSD.

This hypothesis is now supported by a new study in Biological Psychiatry. Using an animal model of PTSD, Rajnish Rao and colleagues demonstrate that elevated levels of glucocorticoids at the time of acute stress confers protection against anxiety-like behavior and the delayed enhancing effect of stress on synaptic connectivity in the basolateral amygdala.

“It seems, increasingly, that the ‘trauma’ in posttraumatic stress disorder is the impact of stress on brain structure and function,” commented Dr. John Krystal, Editor of Biological Psychiatry. “The study by Rao and colleagues provides evidence that glucocorticoids may have protective effects in their animal model that prevent from these changes in synaptic connectivity, potentially shedding light on protective effects of glucocorticoids described in relation to PTSD.”

Senior author Prof. Sumantra Chattarji from the National Centre for Biological Sciences in Bangalore, India, explained the reasoning behind their work: “First, this work was inspired by a puzzle – counterintuitive clinical reports – that individuals having lower levels of cortisol are more susceptible to developing PTSD and that cortisol treatment in turn reduces the cardinal symptoms of PTSD. Second, using a rodent model of acute stress, we were not only able to capture the essence of these clinical reports, but also identify a possible cellular mechanism in the amygdala, the emotional hub of the brain.”

Their results are consistent with clinical reports on the protective effects of glucocorticoids against the development of PTSD symptoms triggered by traumatic stress.

“With the increasing costs and suffering associated with PTSD victims, it is our hope that basic research of the kind reported in this study will help in developing new therapeutic strategies against this debilitating disorder,” concluded Chattarji.