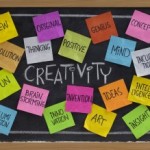 Backpackers that turned off all electronic devices and immersed themselves in nature for four days increased their creative problem solving abilities by more than 50%.

Several laboratory studies have drawn conclusions about the psychological benefits of nature. One study showed participants slides with scenes of nature on them and concluded that nature helped to reduce distraction and improve the ability to be focused and pay attention.

But there hadn’t yet been a study to show the effects on thought process when really being physically exposed to nature for a sustained amount of time.

The study consisted of conducting creativity tests before the hike and again four days into the hike. A RAT test, or Remote Associates Test, which measures problem–solving abilities and creativity, was chosen as the testing method to use for this study.  Professor Sarnoff Mednick, Ph.D., from the University of Michigan, developed the RAT in the 1960’s. In 1998 he received the Lieber Prize, among the most prestigious prizes in the field of schizophrenia research.

The test consisted of a list of three word sets, and the hiker must supply the fourth word that is linked to the first three.  An example is line, birthday, surprise – the fourth word would be party.

Before the hike, the backpackers answered only about 4 out of 10 correct. After being on the trail for four days, the correct answers spiked to more than 6 out of 10. This is a solid 50% increase in the ability to think creatively.

“This is a way of showing that interacting with nature has real, measurable benefits to creative problem-solving that really hadn’t been formally demonstrated before,” says David Strayer, a co-author of the study and professor of psychology at the University of Utah.

Atchley, Atchley, and Strayer confess that they cannot pinpoint whether it is turning off electronics or immersion in the woods for four days or a combination of both that produces such a positive effect on the brain.

But who cares – the next time your boss asks where you were for the past 4 days, tell her, “I was out increasing my creativity!”

If days in the woods aren’t your cup of tea, being in the woods for 3 hours also enhances your creativity by 20%.  David Strayer says, “A colleague replicated our study with students who went out in nature for three hours and they also showed benefits.” 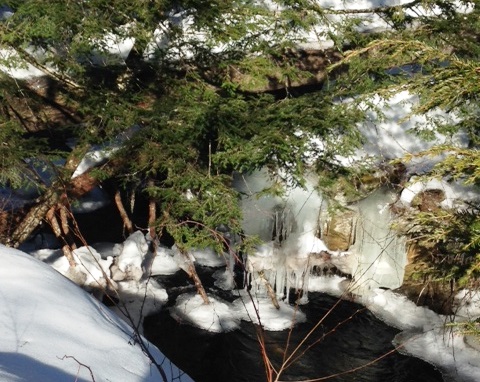 Board member Diana Pease and her partner Paul Huffman decided to try this study for fun.  After a long week at work, they took a RAT that Diana found on line, and then another RAT again Sunday after a snowshoeing adventure (without cell phones-except for photos) through the Mousam Way Trail System in Sanford Maine. After a long week at work, they scored 39% correct; after two and a half hours in the woods, their score soared to an amazing 57% correct!

So turn off that phone and head to the woods!

If you want to try the RAT yourself, you can find a simplified version here:

A detailed look at the study can be found in PLOS One, an online journal published by the Public Library of Science, December 2012.