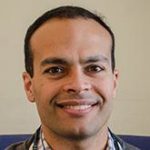 Insomnia is a common complaint among people who go on to develop schizophrenia or other psychotic disorders, as well among people who are considered at high risk for these disorders but never develop them. Researchers hope that by learning more about the relationship between sleep disturbances and the other symptoms experienced by people in this high-risk group, they might find ways to slow or prevent affected individuals’ progression to full psychosis.

Researchers led by NARSAD 2010 and 2015 Young Investigator Ragy R. Girgis, M.D., at Columbia University Medical Center have completed the largest analysis to date of sleep disturbances in people who, because of certain changes in their thoughts, perceptions, and beliefs, are at high risk for developing a psychotic disorder. About 30 percent of people in this clinical high-risk group typically develop full psychosis within two years.

Largest analysis to date of sleep disturbances in those at high risk for schizophrenia and other psychotic disorders.

The study, which assessed sleep disturbances and their relationship to symptoms in 194 high-risk patients and 66 healthy controls, was reported December 23 in the journal Psychiatry Research. The team of researchers, who are all at Columbia University, included 2008 Young Investigator Tiziano Colibazzi, M.D., and 1999 and 2002 Young Investigator Cheryl Corcoran, M.D. The paper’s first author was Sarah-Lucy Poe, MPH, MS.

Dr. Girgis and his colleagues found that individuals at clinical high risk for psychosis experienced more sleep problems than healthy controls, and greater sleep problems were associated with worse functioning overall. The severity of positive symptoms, such as hallucinations, delusions, and disorganized thinking, was greatest among those who slept during the day instead of at night or experienced other significant disruptions in their sleep patterns. Negative symptoms, such as reduced expression of emotions and difficulty beginning and sustaining activities, were greatest among those whose sleep disturbances caused daytime fatigue or who experienced more severe disruptions in their sleep patterns.

A next step, the researchers say, will be to evaluate whether treating sleep disturbances can improve patients’ symptoms.