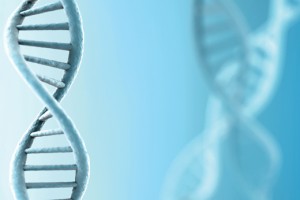 Researchers at the University of California, Los Angeles (UCLA) have recently linked two gene variants to the development of post-traumatic stress disorder (PTSD), further explaining why some people develop PTSD after a traumatic event and others do not.

According to senior author Dr. Armen Goenjian, “Many people suffer with post-traumatic stress disorder after surviving a life-threatening ordeal like war, rape, or a natural disaster, but not everyone who experiences trauma suffers from PTSD. We investigated whether PTSD has genetic underpinnings that make some people more vulnerable to the syndrome than others.”

For 21 years, Dr. Goenjian and his colleagues treated survivors of a 6.8 magnitude earthquake that devastated Spitak, Armenia in 1988. In 2009, victims agreed have their blood samples sent to UCLA for further testing. There, researchers combed the DNA of 200 individuals for genetic clues to psychiatric vulnerability.

The researchers discovered that PTSD was more common in survivors who carried two gene variants that play an important role in brain function and are often associated with depression: COMT AND TPH-2. COMT is an enzyme that breaks down dopamine, a neurotransmitter that helps regulate mood, thinking, attention, and behavior. TPH-2 regulates the production of serotonin, a brain hormone that helps control mood, sleep, and alertness- all of which are significantly disrupted in PTSD.

According to Goenjian, “Our results indicate that people who carry these genetic variants may be at higher risk of developing PTSD.” Although it is likely that PTSD is caused by several genes and not just COMT and TPH-2, these findings help scientists further understand PTSD and could possibly lead to treatments that regulate the chemicals associated with PTSD symptoms.