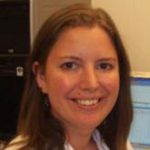 Mutations in a gene known as NLGN1 may be associated with post-traumatic stress disorder (PTSD), according to research published on May 24, 2016 in Translational Psychiatry. The work offers insight into the genetic basis of the disease.

Previous research has shown that PTSD tends to run in families, suggesting that the disease is caused at least in part by inherited gene mutations.

For nearly a decade, researchers have sought to identify genes that are associated with the disease. Most of this research has relied on finding genetic variations that are common to a substantial fraction of the general population. In such studies, researchers compile genetic data from thousands of patients diagnosed, in this case, with PTSD, and compare it with data from healthy individuals. The goal is to identify common variations in the “spelling” of the genes in the affected population that are absent in healthy people.

Researchers use gene-based association studies to uncover variations in NLGN1 that suggest a genetic basis for PTSD.

Using this technique, researchers have identified a modest number of variations that are associated with PTSD. But when others tried to repeat the results with genetic data from other groups of PTSD patients, they were unable to find the same variations. The results, in the language of scientists, have not been “reproducible.”

In new research, a team of scientists used an alternate, gene-based method to improve upon techniques used in previous gene association studies. The team was led by Alicia K. Smith, Ph.D., a 2012 NARSAD Young Investigator grantee, at Emory University, and Kerry J. Ressler, M.D., Ph.D., a member of the Foundation’s Scientific Council as well as 2002 and 2005 NARSAD Young Investigator grantee and 2009 Freedman Prizewinner, formerly of Emory and now at McLean Hospital, Harvard University.

Rather than scanning the entire genome, the team focused their search on just those portions that contains instructions for building the thousands of proteins that life depends upon. Looking through this much narrower window, the team identified variations in a gene known as NLGN1. It has been previously implicated in learning and memory functions, and mutations in the gene have been associated with autism.

The team found that variations in NLGN1 are associated with increased activity in the areas of the brain that control fear and memory, and that people with variations in NLGN1 also have a more sensitive startle response. The work provides insight into the genetic underpinnings of PTSD and offers potential pathways for researchers looking to understand how the disease arises.

TAKEAWAY: Using gene-based association studies, researchers identified variations in a gene called NLGN1 that are associated with PTSD. Additional work suggests that the gene may play a role in neurological changes that underlie the disease.