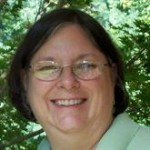 “It isn’t a punishment, it isn’t a weakness,” says Sue Wright, speaking about her depression. She is proof, she says, that depression is a mental illness that can be effectively treated.

Sue can still vividly recall the day, 20 years ago, when walking to her office she looked up and suddenly saw “how blue the sky was.” Then it came over her, “I could see color again.” The gray veil of depression that had clouded her vision for so many months was lifting. Nowadays, as a licensed clinical social worker and practicing therapist, she sometimes shares that moment with patients who are experiencing depression. “I tell them, ‘I got through it, and so will you.’”

Sue Wright was a 40-year-old wife and mother of two, living in suburban Philadelphia and holding down a demanding job, when depression struck for the first time, seemingly out of nowhere. It was August, she recalls, when the spiraling down began. “By May, I began the long search for the right combination of treatments. In November, I took what I thought would be a month’s leave of absence from my job. It stretched to the following July. At Christmas, I asked myself how could I sing “Joy to the World” when I had no joy. I felt empty and desperately wanted ‘myself’ back.”

Gradually, haltingly, helped by a combination of medication, counseling and electroconvulsive therapy, and the support of a forbearing family, Sue began to heal. She returned to work, but even then, she says, “there were times when I would dip, then come back, then dip again and come back again.”

In her job working with a nonprofit social service agency, Sue saw many families struggling to get along. That experience, combined with her own struggle with mental illness, reset her course. When the program she directed was phased out, she went back to school, earned a master’s degree from nearby Bryn Mawr College School of Social Work, and, in her fifties, began a new career as a therapist.

However, another surprise change in course came when Sue’s husband, Ted, a Presbyterian pastor, was called by his church to serve in Africa. Leaving their grown children behind, the couple spent the next four years as liaison between the Presbyterian Church (USA) and Presbyterian denominations in Zambia, Zimbabwe, Malawi and Mozambique, preaching, teaching—and learning.

In Africa, where she had the opportunity to meet and work with people whose lives, aspirations and hardships moved and inspired her, Sue recovered the optimistic, compassionate and articulate “self” she had feared that depression had stolen from her. Today, the Wrights live in suburban Washington, D.C., where Sue is in private practice, and where, she says, “I work with children, teenagers, adults, families, couples. I use play therapy, marriage therapy, the whole nine yards.”

Through their personal and professional journey, and as long-time supporters of the Brain & Behavior Research Foundation, Sue and Ted Wright have become vocal advocates for the mentally ill and against the stigma and silence that often keep people from getting treatment. Sue has even mounted Ted’s pulpit to help foster understanding of what mental illness is and is not.

“I’ve learned a lot, both from my own experience and as a therapist, but the most important thing I’ve learned,” Sue says,” is never to lose hope.”