By Loren Grush at FoxNews.com – A few months ago, Logan Noone made a decision that everyone told him would be a terrible idea. He started talking. 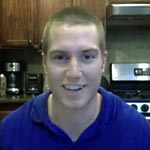 In May 2011, Noone was diagnosed with bipolar disorder, a psychiatric condition marked by alternating periods of intense depression and good or irritable moods. While seeking treatment for his mental health at a hospital, his doctors and fellow patients all told him the same thing – don’t tell anyone about your illness.

“They all said, ‘You have to be careful about who you tell, because people may discriminate against you, and it could ruin your career,’” Noone, a 23-year-old Connecticut native who now lives in California, told FoxNews.com. “And it was really frustrating for me because I thought, ‘Yeah, but they might not.’”

Though he adamantly disagreed with the idea of keeping quiet, Noone ended up taking his physicians’ advice and ultimately kept his condition to himself.

The silence tore him apart. For the next six months, he spiraled into one of his worst depressions, feeling nothing but shame for his condition and the life he was leading.

“I thought it was a flaw; I didn’t think I could be anything successful,” Noone said. “I didn’t have the drive to get better, because I thought I was destined for suicide.”

Then a seemingly small moment would catapult Noone into a completely different phase of his life. Just two days after moving to California for a job transfer, Noone nonchalantly told his new Craigslist roommates his biggest secret – that he had been diagnosed with bipolar disorder. Then something incredible happened.

His roommates did not discriminate against him and embraced Noone for who he was.