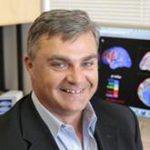 Most people who develop schizophrenia and other disorders involving psychosis (including some cases of bipolar disorder and depression) experience subtle changes in belief, thought, and perception that precede the onset of full psychosis. But fewer than 35 percent of people whose symptoms indicate they are at high risk actually develop full psychosis within three years of the time they are first identified by a doctor as being “at risk.”

Now, clinicians can use a new risk calculator to determine the personal risk of psychosis for any individual in this high-risk group. According to the researchers who developed and tested it, their risk calculator is about as accurate as those that are now available for cardiovascular disease and cancer.

A team of scientists led by NARSAD 1997 and 2006 Distinguished Investigator Tyrone D. Cannon, Ph.D., at Yale University, developed the risk calculator using data from 596 high-risk individuals, 16 percent of whom developed psychosis during a two-year study period. Another team of scientists, led by NARSAD 2012 Young Investigator Ricardo E. Carrión, Ph.D., at the Feinstein Institute for Medical Research, validated the risk calculator in a separate group of 210 high-risk individuals. Both studies were reported July 1 in the American Journal of Psychiatry. Read study 1 here and study 2 here.

To develop the risk calculator, Dr. Cannon and his colleagues considered a range of clinical, cognitive, and demographic risk factors for psychosis. By analyzing data from their study group, the team found that experiencing warning symptoms at a young age were the strongest indicators that a clinically high-risk individual would develop full psychosis within two years. Those warning symptoms include: having higher levels of unusual thought content and suspiciousness, as compared with others, as well as lower verbal learning and memory capacity, slower cognitive processing, and greater decline in social functioning.

The researchers incorporated these factors into the calculator, as well as a few others that they found had a smaller impact: family history of schizophrenia and the experience of stressful or traumatic events.

Dr. Carrión and his team used the calculator to assess the personal risk of another 210 individuals in the high-risk category, and found that it was able to distinguish individuals who developed psychosis from those who did not with about the same degree of accuracy as in the original study led by Dr. Cannon.

The personal risk calculator, which is available online to clinicians and researchers, will allow doctors to better communicate individual risk to patients and their families. The researchers say it will also be valuable in identifying the best candidates for clinical trials evaluating the effectiveness of interventions that aim to prevent psychosis.

TAKEAWAY: Fewer than 35 percent of people whose symptoms indicate they have a high risk of developing schizophrenia or other psychotic disorder transition to full psychosis within about 3 years. A new risk calculator lets clinicians determine the personal risk of psychosis for any person in this high-risk group.