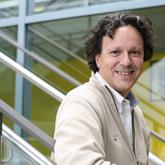 The mechanism behind how stress hormones cause a reduction in the number of new brain cells ― a process considered to be linked to depression ― was investigated by Brain & Behavior Research Foundation NARSAD Grantee Carmine M. Pariante, M.D., Ph.D., MRCPsych, and a multidisciplinary team. A key protein that creates stress on cells was identified and blocked with the administration of a chemical that has potential as a future antidepressant medication.

The need for new treatments is paramount because about 50% of depression patients do not respond to current antidepressant medications. The World Health Organization estimates that depression will be the leading cause of the global burden of disease by 2030.
The researchers used cellular and animal models as well as human blood samples to identify and confirm the changes in “neurogenesis” (the process of generating new brain cells) that have been linked to increased cortisol (stress hormone) and, in turn, depression.
Introducing cortisol to hippocampal stem cells (the source of new brain cells) helped them prove that the protein “SGK1” played a key role in mediating the effects of cortisol on brain cell production. By introducing a chemical compound known to inhibit the targeted protein the researchers were able to block its negative effects.
“With as much as half of depressed patients failing to improve with currently available medications, developing new, more effective antidepressants is an important priority,” says Dr. Pariante, Professor of Biological Psychiatry and Head of the Stress, Psychiatry and Immunology Laboratory and of the Section of Perinatal Psychiatry, King’s College London Institute of Psychiatry. “In order to do this, we need to understand the abnormal mechanisms that we can target.”
The study was published in the Proceedings of the National Academy of Sciences on May 6, 2013.
Read announcement from the Brain & Behavior Foundation
Read the study announcement
Read the study abstract