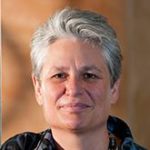 A new method of capturing and analyzing images of the brain, described June 16 in the journal Cell, lets scientists see exactly which neurons fire throughout the brain of a mouse at a given time. The approach is fast and easy to use, opening up new opportunities to study brain activity. It is particularly well suited to examining the neural circuits that underlie natural behaviors, as well as identifying brain regions whose activity is altered by particular drugs, its developers say.

Marc Tessier-Lavigne Ph.D., a neuroscientist at Rockefeller University, led the research team that developed and tested the new method, which draws on recent advances in imaging. NARSAD 2014 Young Investigator Anita Ellen Autry, Ph.D., and NARSAD 2015 Distinguished Investigator Catherine Dulac, Ph.D., both at Harvard University, were members of the team.

Visualizing the activity of individual neurons brain-wide in mice has been a challenge because brain tissue is opaque, making it difficult to see below its surface, even with powerful microscopes. The research team solved that problem with a procedure that makes the entire brain transparent. Once they clarify a brain, they stain the tissue to highlight any cells in which genes known as “immediately early genes” have been activated. These genes turn on soon after a nerve cell fires, so they can be used as a proxy for recent neural activity.

A sophisticated microscope then captures a series of high-resolution images of the transparent brain. New software developed by the team, which they call ClearMap, compiles the individual images into a complete three-dimensional representation of the brain, then analyzes the data to reveal patterns of neural activity.

Because the system is automated, it can be used to efficiently compare activities patterns in the brains of different mice. To demonstrate the power of the technique, the researchers compared brain activity in mice treated with the antipsychotic drug haloperidol to that of untreated mice, and found changes in brain regions not previously known to affected by the drug. They also mapped which parts of the brain were active as mice explored a new environment (both with and without whiskers to guide them) and as they cared for their pups.