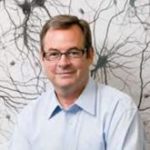 Experiments in mice have given scientists a better understanding of how the brain curbs hunger after eating. The finding could help researchers find better ways to counter obesity in people and perhaps also to develop new ways of treating eating disorders, in which key signals may be garbled.

The research, published March 18 in the journal Science, has revealed that an enzyme called OGT is a critical regulator of the brain’s hunger circuits. When OGT is removed from certain hunger-regulating neurons in the brain, mice eat excessively and quickly gain weight.

The brain regulates hunger and appetite to maintain the body’s energy needs. Researchers suspected that OGT, which modifies other proteins when glucose is present, might help the brain sense available nutrients and adjust hunger accordingly. To investigate the enzyme’s role, Dr. Huganir and his colleagues engineered mice in which they could switch off OGT production in a subset of neurons in the brain.

When they switched off OGT production, its level declined in several groups of neurons, including some cells in the paraventricular nucleus (PVN) of the hypothalamus, a region known to be involved in regulating feeding behavior.

Within three weeks of eliminating the enzyme from those cells, mice weighed almost twice as much as mice whose levels of OGT remained unaltered—even though all the animals had access to the same food. Body fat in the now-obese animals had tripled over the three-week period.

The scientists monitored the animals’ behavior and found that mice ate about 18 times a day, regardless of their OGT levels. But at each “meal,” mice whose OGT levels had declined kept eating long after normal mice would have stopped, consuming more than twice as many calories.

In contrast, when the researchers artificially stimulated the brain cells in the PVN from which OGT had been removed, mice ate significantly less. The scientists say their experiments indicate that OGT helps those neurons communicate when an animal has eaten enough.

TAKEAWAY: In work that could point toward new ways to combat obesity, researchers have found an enzyme that helps the brain signal that an animal has eaten enough.