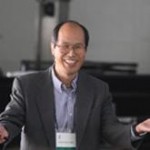 Researchers at the Icahn School of Medicine at Mount Sinai, including 2007 NARSAD Young Investigator Grantee, Ming-Hu Han, Ph.D., Assistant Professor of Neuroscience, have made a surprising discovery about resilience to stress-induced depression. Working with mice, the research team found that by boosting overactive neuronal activity during a simulation of social defeat stress, a self-stabilizing response was eventually triggered in the animals susceptible to depression that corrected out-of-balance electrical activity and reversed symptoms, such as social withdrawal, anxiety and listlessness.

The results of this new work were published online April 18th in the journal Science. Past studies have shown that in resilient mice—those that bounce back more easily from stress and don’t go on to develop stress-induced depression—their cation channel currents, which pass positive ions in dopamine neurons, are elevated to a much greater extent than those of depressed mice and control mice. Knowing this, the researchers experimentally increased the current of cation channels in the vulnerable mice, prone to depression.

Using a technology known as optogenetics to control neuronal firing activity, scientists were able to see that when light activation or a medication called lamotrigine—used as a mood stabilizer to treat the depressed phase of bipolar disorder—was given to the dopamine neurons, the current of the cation channel was higher. However, at a certain point, the elevated current triggered its own compensatory adaptation to correct out-of-balance electrical activity and produce resilience. The researchers conclude that, at least in the brain’s reward circuit, exaggerating an abnormality, for a time, proved to be the curative secret.

Dr. Han and his colleagues, including 1997 NARSAD Distinguished Investigator Grantee, Rachael Neve, Ph.D. and 2010 NARSAD Young Investigator Grantee, Vincent Vialou, Ph.D., believe that if a medication could enhance resiliency by pushing depressed individuals past the tipping point, it could work as a more natural antidepressant and cause fewer side effects.

Foundation Scientific Council Member Eric Nestler, M.D., Ph.D., Chair of Neuroscience at the Icahn School of Medicine at Mount Sinai praised the study: “In this elegant study … [Dr.] Han and … colleagues reveal a highly novel mechanism that controls an individual’s susceptibility or resilience to chronic social stress. The discoveries have important implications for the development of new treatments for depression and other stress-related disorders.”

Read more about this research.