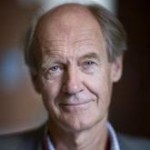 An international team has discovered that a brain chemical not previously linked to depression, called galanin, plays an important role in determining who is at risk for developing the illness. This new finding, supported in part by a 2009 NARSAD Distinguished Investigator Grant to Tomas G. M. Hokfelt, M.D., Ph.D., of the Karolinska Institutet, may open a new route for treatment. Dr. Hokfelt was a senior author of the paper announcing the findings, published online on March 24th in the Proceedings of the National Academy of Sciences (PNAS).

Previous animal research showed galanin, a neuropeptide or small protein discovered by Dr. Hokfelt and colleagues more than 30 years ago, was strongly expressed in response to stress. The current study analyzed the interactions of galanin genes and stress in 2,000 human subjects—1,000 in England and 1,000 in Hungary. Study participants provided DNA samples and information about relevant life experiences. The researchers found that variants in genes that regulate the galanin system conferred increased risk for depression in people who had experienced childhood adversity or recent negative events. They report that the galanin effects are substantially greater than the effects of serotonin; serotonin is the target for most antidepressant medications currently available.

Co-author Professor Bill Deakin, from the University of Manchester, said: “The findings provide a strong reason to develop drugs that modify galanin functioning as a new class of antidepressant drug. And new drugs are badly needed as almost all commonly prescribed antidepressants act on serotonin and they are often not very effective.”

Learn more about this research.

Read an abstract of this study.