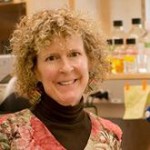 Memories of major physical or psychological trauma, like combat or abuse, often persist for years, and can lead to brain and behavior disorders such as post-traumatic stress disorder (PTSD). A new study in mice suggests a class of medications called histone deacetylase (HDAC) inhibitors, when given in combination with behavioral therapy, may be useful in helping people with PTSD reduce the emotionally upsetting aspects of well-established memories. The results of this study were published January 14th in Cell.

In the study, researchers, including two former NARSAD Grantees, first trained mice to fear a particular chamber by associating it with a mild foot shock so that later, just being in the chamber (even without a shock) elicited a fear response or freezing. They then tried to recondition the mice to no longer fear the chamber by repeatedly placing them in it without administering the foot shock.

This training proved successful, and the fear was extinguished in mice that had experienced the traumatic event only 24 hours before the reconditioning. However, in mice whose memories were 30 days old, it was impossible to eliminate the fearful memory. Based on this finding, the researchers treated mice with 30-day-old memories with an HDAC2 inhibitor shortly after re-exposure to the feared chamber.

Following this treatment, the traumatic memories were extinguished just as easily in the mice with month-old memories as the initial exposure therapy had done for mice with 24-hour-old memories. The researchers conclude that applying HDAC inhibitors during exposure therapy may offer a new treatment option to over-ride remote (month-old) traumatic memories. The researchers also found that HDAC2 inhibitor treatment increased the number of connections among neurons in the hippocampus, where memories are formed, as well as strengthened communication among these neurons.

Read the announcement by the Brain & Behavior Research Foundation.

Read more about this research in an article written by the Schizophrenia Research Forum.

Read the press release from MIT.

Read the abstract of the research.