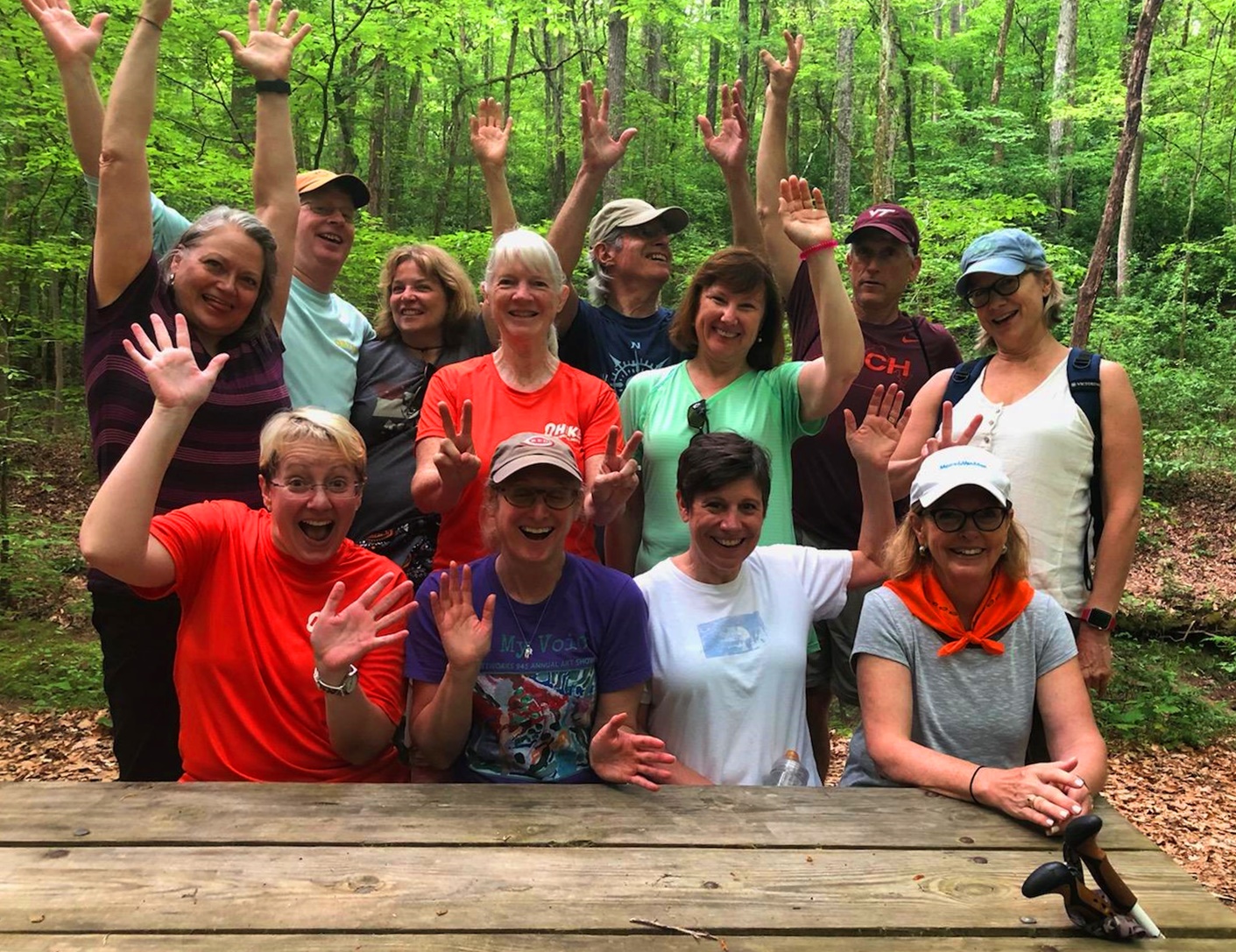 The hike went really well! I had 13 people signed up (including me) and 2 cancelled that morning, and then 2 “extras” showed up, so we were 13 for the day. The day was a bit warm, but dry. My husband was the sweep and I stayed in the lead because there were numerous intersections. Everyone had a map and we worked on interpreting it at intersections. We stopped at my designated halfway point at picnic tables beside a stream – disturbed a big black snake that splashed into the water to get away! The group stuck together without too much effort, no stragglers, so I felt that the route and moderate nature of the hike were a good fit.

During our break I shared the letter you sent [ed.: thanking the hikers on behalf of HIKE for Mental Health] and I mentioned some of the most recent research grants that have been funded. [We] talked about how just about everyone you meet in life has been touched by a mental health issue, extending to family and friends and co-workers’ families and friends. I shared an obituary in our local newspaper last week about a 23-year-old man who “lost his battle with depression” and donations were directed to the National Suicide Prevention Hotline, and I said that this young man’s family was very brave to make their son’s struggles public, and that it would help someone.

I had one-on-one conversations with most of the participants and they shared stories with me of a child who died by suicide, a deceased parent who was undiagnosed but obviously suffered from depression, a sibling who died of complications of addiction.

This was the first time most of the participants had been to McDowell Nature Preserve and all were very enthusiastic about visiting again later and bringing friends and family, which was one of my goals.

I was so intent on my participants that I did not take any pictures! One of them did have the presence of mind to organize us for a great group photo….

It was a very positive experience for everyone, including me, and several asked if I will do it again.

Thank you, Sharon, for giving of your time and talent to organize and lead the hike. And thanks to the hikers who participated and to their sponsors – you blasted past the $2,000 goal of the hike and raised $2,325 for brain and behavior research and for trail conservation! On behalf of HIKE for Mental Health and the one in five Americans who experience mental illness during their lifetime, thank you!