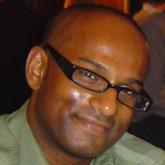 The research team was led by Stephanie M. Gorka, Ph.D., of the University of Illinois and included Pradeep Nathan, Ph.D. (pictured), of Cambridge University.

Anxiety affects approximately 40 million American adults, and although symptoms of generalized anxiety disorder (GAD) are often alleviated through the use of antidepressant medicines, some people living with GAD do not experience the benefits these medications offer.

Because these medications do not work for everyone, researchers have worked towards understanding potential treatments that would ideally benefit every person living with anxiety. Although a treatment that benefits 100% of people has not yet been discovered, recent research from the University of Illinois shows promise of a new treatment for the disorder.

Principle investigator Dr. Stephanie M. Gorka and her research team discovered that the hormone oxytocin, which is often referred to as the “love hormone”, has specific effects in people with anxiety through its influence on the amygdala. The amygdala is located deep within the temporal lobe in the brain and plays a key role in our emotions and motivation.

The study was recently published in the journal Neuropsychopharmacology, and expanded on previous findings suggesting oxytocin’s influence on the amygdala by examining how the hormone affects connections between the amygdala and other parts of the brain in people with anxiety disorder.

Thirty-six male volunteers were enrolled in the study, with half of the participants meeting criteria for GAD, and the other half exhibiting no symptoms of anxiety. Participants were asked to view threatening and fearful faces while researchers conducted brain scans using fMRI technology. These scans showed that the amygdala communicated significantly less with surrounding areas of the brain in participants with GAD compared to those not diagnosed with any anxiety disorder. The higher the baseline stress levels in participants with GAD, the less connected the amygdala was to other regions of the brain. The boost in oxytocin reversed these trends by increasing amygdala connectivity in participants with anxiety, thus lowering their stress levels and alleviating symptoms of anxiety. Interestingly, when patients who did not have any symptoms of anxiety were exposed to an increase in oxytocin, amygdala connectivity to other brain regions was decreased.

Because the results were the exact opposite between participants with anxiety and participants with no symptoms of anxiety, it is indicated that the success rate of increased levels of oxytocin in the brain depends on individual brain characteristics, which clearly differ between those with and without anxiety disorder. This is an exciting discovery because it provides further evidence that mental illness is just as ubiquitous as any physical illness.

Although the findings of the present study suggest that oxytocin shows promise as a potential treatment for anxiety, it may not promote healthy social behaviors in everyone (e.g., people without anxiety). Further research is necessary to better assess how these changes in the brain influence the actual experiences of people living with anxiety, as scientists believe this will be crucial in determining whether oxytocin offers improved treatments for people with anxiety disorders.