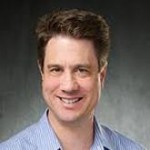 Ghrelin, the so-called hunger hormone, has been found to have natural antidepressant effects on laboratory animals following long-term exposure to stress. According to a new research study published online on April 22nd in the journal Molecular Psychiatry, senior co-authors and NARSAD Grantees Jeffrey Zigman, M.D., Ph.D., (2007 NARSAD Young Investigator Grantee), of the University of Texas (UT) Southwestern Medical Center, and Andrew Pieper, M.D., Ph.D., (2007 and 2009 NARSAD Young Investigator Grantee) of the University of Iowa Carver College of Medicine, say the newfound understanding of how this antidepressant action happens in the brain could lead to an entirely new class of antidepressant medications.

In 2008, funded by his NARSAD Grant, Dr. Zigman and his team discovered that when the level of ghrelin in the brains of laboratory animals rose due to low caloric intake or prolonged psychological stress, there were natural antidepressant effects. In their more recent research, the team determined that ghrelin achieves its antidepressant properties by spurring the birth of new neurons (neurogenesis) in the hippocampal region of the brain. The researchers report that this regenerative process is crucial in limiting the severity of depression following prolonged exposure to stress.

Dr. Pieper led the UT research team that in 2010 discovered P7C3, the founding member of a new class of compounds found to promote neurogenesis by blocking neuron cell death. This discovery proved useful for the current study. Dr. Zigman explains: “After identifying the mechanism of ghrelin’s antidepressant actions, we investigated whether increasing this ghrelin effect by directly enhancing hippocampal neurogenesis with the recently reported P7C3 class of neuroprotective compounds would result in even greater antidepressant behavioral effects.”

The answer appears to be yes. Dr. Pieper reports that P7C3 “exerted a potent antidepressant effect via its neurogenesis-promoting properties.”

One question that now arises is whether depression brought on by chronic stress or altered ghrelin levels or ghrelin resistance, and associated with eating disorders such as obesity and anorexia nervosa, might be particularly responsive to treatment with P7C3 compounds.

Read more about this research.

Read the abstract for this research paper.