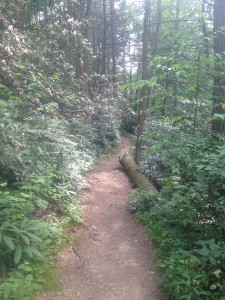 It is advice we have all heard before: the more time we spend outdoors, the better we will feel. Going out to get some fresh air and interacting with others are both common suggestions to help people deal with stress. Much academic research has explored the idea that nature has positive effects on our mental state, and a recent large-scale study from the University of Michigan has further solidified the causal link between nature and mental health.

Senior author Dr. Sara Warber and her team of researchers found that engaging in group nature walks lowered the severity of depression and reduced stress in a study involving 2,000 participants, which is an unprecedented group size for studies involving the effect of nature on mental health. In addition to these findings, researchers discovered that participants in the group walks reported a more positive mental well-being. In other words, not only did participants report feeling less sad, they reported feeling happier.

Warber and her colleagues from De Montfort University, James Hutton Institute, and Edge Hill University in the United Kingdom collected data on 1,991 members of the Walking for Health program in England. The Walking for Health program conducts nearly 3,000 weekly walks and attracts approximately 70,000 walkers every year. Participants in the study were evenly split between two groups, with one group participating in group nature walks while the other group did not. Both groups were statistically matched so that if any link between mental well-being and participation were found, it would be as close to a causal relationship as possible.

Findings supported Warber’s hypotheses that group nature walks were associated with significantly lower levels of the severity of depression, perceived stress, and negative affect of participants. In addition, those who participated in the group nature walks reported an enhanced positive affect and mental well-being. Furthermore, people who had recently experienced a stressful life event such as divorce, unemployment, or serious illness reported a significant boost in positive affect and mental well-being.

Although participating in group walks will not eliminate symptoms of mental illness, Warber states, “Walking is an inexpensive, low-risk, and accessible form of exercise, and it turns out that combined with nature and group settings, it may be a very powerful, under-utilized stress buster.”

Read an abstract of this research article.

Read the announcement from Science Daily.