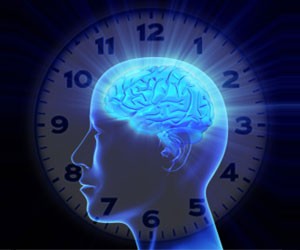 According to a study led by researchers at McGill University and the Douglas Mental Health Institute, living a structured life with early bedtimes and regularly established meal times can help prevent the onset of mental illness.

Our daily sleep-wake cycle is directed by the circadian clock, which is an internal mechanism that fluctuates within a period of exactly 24 hours. Circadian clocks help us coordinate our sleep-wake behavior by receiving and interpreting signals from our environment, such as daylight and darkness. Nonetheless, evidence suggests that our daily activities are influenced by rhythms much shorter than 24 hours and usually follow a four-hour cycle. These rhythms are known as ultradian rhythms and they help explain many of our behaviors, including why an average human eats three meals a day at evenly spaced intervals.

Ultradian rhythms are activated by the neurotransmitter dopamine, a key chemical found in the brain and also a primary component involved with many mental illnesses. When dopamine levels are abnormal, ultradian rhythms can last as long as 48 hours—significantly longer than their typical 4 hour duration.

In the current study, lead investigator Dr. Kai-Florian Storch and his team of researchers suggest that sleep abnormalities are the result of an imbalance of an ultradian rhythm generator that is based on dopamine. This finding is contrary to past hypotheses suggesting that sleep abnormalities are a result of circadian rhythm disruption. In support of Dr. Storch’s findings is a very specific explanation for the two-day cycling between depression and mania observed in some bipolar cases: it is a result of the dopamine oscillator running on a 48-hour cycle.

These findings are groundbreaking for many reasons, but perhaps most noteworthy is the team’s discovery of a new dopamine-based rhythm generator. Further, the findings are groundbreaking in the field of psychopathology because they suggest that when ultradian rhythms are disrupted, sleep is disturbed and mania is induced in people with bipolar disorder. This discovery has strong implications for the treatment of mental illnesses linked to dopamine dysregulation (bipolar disorder, schizophrenia), and helps researchers further understand the cause of these disorders.

Read the announcement from the Douglas Mental Health University Institute.