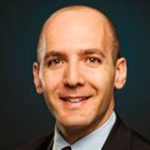 Researchers have discovered new clues as to how exercise beneficially impacts brain activity in young people with bipolar disorder.

Cognitive dysfunction is common among adolescents with bipolar disorder during and between mood episodes – depression-like lows and “manic” highs — contributing to social and functional impairment. The ability to pay attention and make decisions (executive function) tends to be most affected.

Some prior studies have shown that exercise can relieve symptoms among teenagers and young adults with the disorder. In a new study published May 17 in Translational Psychiatry, a research team identified underlying mechanisms in the brain that may drive these improvements.

The attention task required young adults aged 13 to 20 both with and without bipolar disorder to monitor numbers on screen, responding to some and ignoring others.

Before exercise, functional magnetic resonance imaging (fMRI) showed that participants with bipolar disorder had unusual activity patterns in certain brain regions during the task—patterns that reflect the brain shifting resources to monitor numbers. But after spending 20 minutes on a stationary bike, the youth with bipolar disorder showed more normal activation patterns. This change suggests that exercise lessens cognitive symptoms of bipolar disorder by targeting these neural mechanisms.

The findings were strongest in two brain areas: part of the striatum, a major player in the brain’s reward system, and part of the anterior cingulate cortex, involved in processing errors. Exercise reversed below-normal activity in the striatum that correlated with more severe bipolar systems, possibly because endorphins—opiates naturally produced in the brain—that were released during exercise acted on the reward system, the researchers reported. In an opposite pattern, exercise reversed above-normal activity in the anterior cingulate cortex, which the researchers suggest may reflect general deficits in bipolar disorder involving the brain’s executive control system.

The researchers also found that exercise’s restorative effects were stronger among people not taking antipsychotic medication, who overall had experienced less severe bipolar symptoms throughout their lives. Future studies, the researchers say, should consider the impact of medication.

Takeaway: Exercise may relieve some cognitive symptoms of bipolar disorder by restoring normal activity patterns in the brain’s error processing and reward systems.