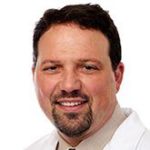 An analysis of 37 different imaging studies of the brain’s white matter in patients with depression, bipolar disorder and anxiety disorders found that these diseases share a pattern of white matter disruption.

White matter collectively refers to the communicating arms of neurons called axons, and measurements of white matter offer a glimpse of the brain’s connectivity. The study published online September 28 in the journal Neuroimage: Clinical suggests that a breakdown in the integrity of white matter may be a marker for many different mood disorders.

The team searched through published papers to find studies that looked at fractional anisotropy (FA), a whole-brain imaging measurement that captures the degree of damage, disorganization and atrophy in white matter. The final studies included in their analysis compared FA between 892 healthy adults and 962 adults with depression, bipolar disorder, social anxiety disorder, obsessive-compulsive disorder (OCD) or post-traumatic stress disorder (PTSD).

People diagnosed with a mood disorder had lower FA measurements (meaning more disruption to white matter) compared to healthy individuals in several regions of the brain that control emotion, task-based planning and rumination. These disruptions were found predominantly in the left hemisphere of the brain, except in bipolar disorder where both hemispheres were involved. The research team also found that the white matter disruptions in people with OCD overlapped the most with disruptions associated with other mood disorders. The disruptions seen in the brains of people with PTSD were the most distinct and least likely to overlap with disruption patterns seen in other disorders.

The findings provide a clearer picture of the alterations that take place in the brain in mood disorders, and will help clinicians develop a deeper understanding of symptoms that are unique to certain disorders and that overlap through all mood disorders, leading to improved treatments, the study authors conclude.

TAKEAWAY: A meta-analysis of 37 imaging studies shows that disruptions to the brain’s white matter are shared among people with mood disorders. The affected parts of the brain are involved in control of emotion, task-based planning and rumination.

Read the original article from the Brain & Behavior Research Foundation.