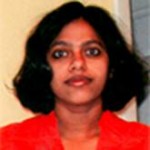 In the continuing search for glitches in brain development that may give rise later on to serious illnesses such as schizophrenia, autism spectrum disorder (ASD) and epilepsy, research done by a team at Harvard University offers a new perspective. They found that blood vessel-related defects that originate during the brain’s earliest developmental stages may play a role in the development of these disorders.

In this study published on July 16th in Nature Communications, Dr. Vasudevan and colleagues report that networks of blood vessels in the developing brain play an important role in regulating a type of brain cell (or neuron) essential to healthy brain function. The neurons in question are called GABA neurons, after the main chemical neurotransmitter that conveys “inhibitory” signals in the brain. Without a properly working network of GABA neurons deployed at strategic points throughout the brain, “excitatory” signals can propagate unchecked, causing overload and severe epilepsy-like seizures.

Well before birth, in the earliest days of brain development in people, rodents and other mammals, GABA neurons are “born” in a portion of the emerging brain that is like an incubator for various types of brain cells. The immature GABA cells have to migrate from this region of their birth to assume places in the emerging cerebral cortex, the place in the mature brain where essential functions like memory, attention, thought, perception and language are performed.

In this current work, the researchers made the surprising discovery that migrating GABA cells follow a route into the cortex for which blood vessels lay down a kind of guide, but also interact with the neurons in a manner that “molds their development” in important ways. Additionally, many of the genes linked to ASD, schizophrenia and epilepsy are expressed not only in neurons, as traditionally believed, but also in endothelial cells signifying the new possibility of common molecular signals defective specifically in blood vessels.

Since blood vessels interact with neurons and help regulate them in the earliest stages of the brain’s emergence, it is now possible to think that angiogenesis―the process by which blood vessels develop―may play a role never before anticipated. The emergence of blood vessels may be involved, in other words, in the pathology of disorders like ASD and schizophrenia, which many scientists suspect begin to develop in the period when the brain is “wiring up.”