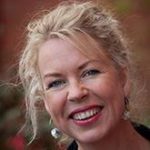 A Mediterranean-style diet involving lots of fruits, vegetables, fish, and whole grains may relieve symptoms of depression, according to a study published January 30 in the journal BMC Medicine.

The study, led by Felice Jacka, Ph.D., a NARSAD 2010 Young Investigator at Deakin University in Australia, is the first randomized, controlled trial to evaluate the effects of a healthy diet on the symptoms of depression.

The trial, which the researchers called Supporting the Modification of Lifestyle In Lowered Emotional States (SMILES), involved 67 participants with moderate to severe depression, most of whom were already being treated with psychotherapy, medications, or both. Such treatments continued during the trial.  At the outset of the trial, all of the participants reported a poor diet—lots of sweets, processed meats, and salty snacks and little lean protein, fruits, vegetables, and dietary fiber.  Among those not allowed to participate in the trial were people who had failed antidepressant therapy two or more times. This was to reduce the chance that people included in the trial were atypical responders to existing antidepressant therapies and not (for whatever reason) unusually resistant to being helped by them.

After selecting the study participants, Dr. Jacka and her colleagues, including 2012 Young Investigator Olivia May Dean, Ph.D.and 2015 Colvin Prizewinner Michael Berk, Ph.D., MBBCH, MMED, FF(Psych)SA, FRANCZP, who are both at Deakin University, randomly allocated them into two groups. Those in the dietary intervention group met regularly with a dietician and were encouraged to follow a diet made up mostly of fruits, vegetables, whole grains, legumes, lean red meats, fish, low-fat dairy products, eggs, nuts, and olive oil, while reducing their intake of fried foods, processed meats, and sweets and limiting alcohol consumption. The diet was not designed for weight loss, and there were no restrictions on how much participants could eat. Individuals in the control group met on the same schedule with a research assistant for social support, which is already known to be helpful for depression, but received no dietary counseling.

After 12 weeks, depression symptoms had declined significantly more in the group that had followed the improved diet. About one-third of the group following the Mediterranean diet had achieved remission, whereas only 8 percent of those who received only social support reached remission.

Larger studies will be needed to validate the findings, but the authors suggest clinicians should consider promoting healthy eating and providing nutritional support to patients suffering from major depression, in addition to other treatments.

TAKEAWAY: In the first randomized, controlled trial to evaluate the effects of a healthy diet on depression, individuals on a Mediterranean-style diet were more likely to achieve remission after 12 weeks than patients who received no nutritional guidance.