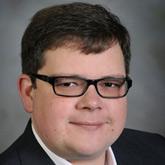 Dr. Sanjay Gupta hosts a video on Everyday Health that features the work of NARSAD Grantees Cameron Craddock, Ph.D. and Helen Mayberg, M.D. They discuss how different efforts to identify how depression is linked to malfunctioning in the brain’s network will change how people think about depression. By recognizing it as a brain disease, akin to diseases of other organs in the body, advances in research can break down the stigma associated with depression (and other mental illnesses), removing what is often a barrier for people to seek help.

Dr. Gupta also discusses the pioneering work of three-time NARSAD Grantee Helen Mayberg, M.D., Professor of Psychiatry, Neurology and Radiology at Emory University School of Medicine. Dr. Mayberg and other neuroscientists have identified a specific region in the brain called the subgenual cingulate as a locus of pathology in depression. Dr. Mayberg has been targeting this area with an experimental treatment called deep brain stimulation. She has been able to successfully treat severely depressed patients who have not responded to other treatments using this technique. This is another example of identifying and treating depression as a disease.