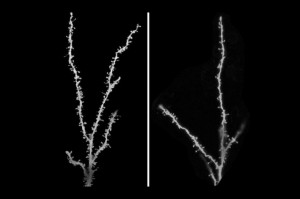 Autism spectrum disorder affects 1 in 68 children born in the United States, making it the fastest-growing developmental disability in the country. Although there is no scientifically determined cause or cure for the disorder, scientists are getting closer and closer to understanding the underlying mechanisms of autism. Recent research has found clues that may explain one of the most common symptoms of the disorder, leading researchers closer to answers on this disorder that has baffled the scientific community for decades.

It has recently been discovered that children with autism do not undergo the pruning process, resulting in an excess of synapses in the brain. Although scientists have speculated that excess synapses could be a sign of autism, there had not been any study on this matter until the recent paper by senior author Dr. David Sulzer was published earlier this fall in the journal Neuron.

Excess of Synapses in the Brain

According to Dr. Sulzer and other neuroscientists at Columbia University Medical Center, children and adolescents with autism have a slower “pruning” process during development compared to children and adolescents with typical development. During infancy, there is a rapid development of synapses in the cortex, a region often associated with autism. Experts explain that young children both with and without an autism diagnosis have the same number of synapses, therefore it is suggested that the problem with synapses in autism is a clearing problem rather than an overproduction problem. During typical development, the brain “prunes” out excess synapses, which aid in the transfer of signals from our senses to the brain. These synapses send signals to the brain that transfer information from our senses (sight, smell, touch, etc.) and help our brain direct our subsequent actions. When excess synapses are not pruned out, it may lead to an intense oversensitivity to stimuli in addition to an increased susceptibility to epileptic seizures, which occur because of increased electrical signals in the brain (over one-third of people with autism also experience epileptic seizures).

In addition to analyzing brains of humans, the research team also studied mice that were programmed to develop a rare genetic disease that is often accompanied by characteristics of autism in humans. A key protein called mTOR was hyperactive in the mice, which restricted the brain’s ability to prune out unnecessary synapses. By giving the mice the drug rapamycin, scientists were able to reduce mTOR activity, correct the pruning process, and eliminate many abnormal social behaviors of the mice that resemble typical behaviors of humans with autism.

Although authors of the study caution that research on the effect of rapamycin has only been done on mice and the study results may not translate to humans, it is exciting because it implies that deficits in the pruning process may be what are contributing to the abnormal social behaviors associated with autism in humans. Although many people with autism do not wish for the disorder to be cured, research that helps us better understand the causes of autism will progress us to a future where people with autism are better understood and therefore presented with more opportunities to live their best life.

Read the announcement from The New York Times.