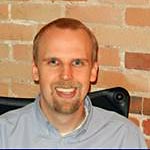 Research supported in part by the Brain & Behavior Research Foundation finds that children who bully, are bullied, or experience both being bullied and bullying are more likely to have mental illnesses, including depression and anxiety, as young adults. The study by William E. Copeland, Ph.D. and Elizabeth Jane Costello, Ph.D. of Duke University Medical Center found elevated rates of young adult psychiatric disorders with the worst effects for those who are both victims and bullies. Their study findings were published online in JAMA Psychiatry on Feb. 20, 2013.

“Bullying is not just a harmless rite of passage or an inevitable part of growing up,” says Dr. Copeland, an Associate Professor of psychiatry at Duke in the JAMA article. “Victims of bullying are at increased risk for emotional disorders in adulthood.”

The researchers acknowledged other causal risk factors for psychiatric disorders and for bullying, including family hardship, childhood psychiatric conditions and personality characteristics, but the new research demonstrates there is a link between childhood bullying and mental illness in young adulthood.

Read more about the study in Psychiatric News