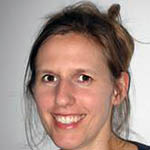 Their results, published April 29, 2013 in the Proceedings of the National Academy of Sciences, further the understanding of the role and interplay of environmental influences on predisposing genetic factors (also known as “epigenetics”) in developing PTSD.

“These are some of the most robust findings to date showing that different biological pathways may describe different subtypes of a psychiatric disorder, which appear similar at the level of symptoms but may be very different at the level of underlying biology,” says Dr. Ressler, a Brain & Behavior Research Foundation Scientific Council Member. “As these pathways become better understood, we expect that distinctly different biological treatments would be implicated for therapy and recovery from PTSD based on the presence or absence of past child abuse.”

PTSD is a form of anxiety that affects about 4% of U.S. adults each year (source: CDC). The disorder can cause debilitating symptoms, ranging from intrusive memories and nightmares to hypervigilance and flashbacks.

The researchers examined blood samples from 169 participants for changes in gene activity patterns and methylation (an epigenetic process that impacts gene expression by ‘silencing’ genes but does not alter the underlying DNA). All study participants were at greater risk for PTSD due to high levels of exposure to violence, physical and sexual abuse.

The study showed that even though symptoms were similar and hundreds of genes had significant changes in expression for both groups with PTSD, there was little overlap in specific gene activity patterns. Those who did experience child abuse had more changes in genes linked with development of the nervous system and regulation of the immune system as well as more changes in methylation. The group that was not mistreated in early life displayed greater changes in genes linked with cell death and growth.

“Traumatic events that happen in childhood are embedded in the cells for a long time,” says Dr. Binder. “Not only the disease itself, but the individual’s life experience is important in the biology of PTSD, and this should be reflected in the way we treat these disorders.”

Read the announcement from the Brain & Behavior Research Foundation

Read an article about the study in Medical Daily