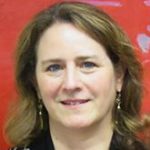 When mothers who suffer from major depression undergo a brief period of psychotherapy, they and their children both benefit, according to research reported this month in the Journal of the American Academy of Child & Adolescent Psychiatry.

Children whose mothers have depression are more likely than others to develop childhood psychiatric illnesses. Researchers have found that these children do better when mothers are treated for their depression and their symptoms improve—but until now such studies had involved women whose depression was treated with medication, not psychotherapy.

The study included 168 women with major depressive disorder and their children, who were between the ages of 7 and 18 and had themselves been diagnosed with mood or anxiety disorders. Mothers participated in nine 45-minute psychotherapy sessions over three months. For one group of women, this therapy was focused on the mother’s relationship with her child. A second group of women underwent a more general form of therapy.

The symptoms of depression declined quickly for all of the women in the study, and three to six months after the mothers improved, their children’s symptoms improved as well. This was true regardless of which form of therapy the mothers received.

Children whose mothers underwent the relationship-focused therapy, however, had fewer mental health visits and were prescribed fewer antidepressant medications during the study than children whose mothers underwent the general therapy. The relationship-focused therapy may equip mothers to help their children improve with fewer medications and psychiatric services, the researchers say.

Takeaway: Nine sessions of psychotherapy reduced symptoms of major depression in mothers who participated in a recent study. Their children, who had been diagnosed with mood or anxiety disorders, experienced symptom relief a few months later.