Researchers have found that some people with a family history of mood disorder have increased activity in the insula cortex – a part of the brain that regulates mood – even before they become unwell.

Experts say that in future this finding could aid early diagnosis of the condition enabling people with depression to be identified before the onset of illness.

Scientists at the University of Edinburgh examined a group of at-risk individuals – healthy people with a family history – and a group with no such risk. They took brain scans and recorded relevant medical details.

Researchers analysed the health of both groups two years later and found that a fifth of the at-risk group had developed major depression. 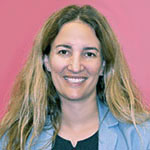 Doctors studied the original scans of those with depression and found that the at-risk group had abnormal levels of activity in the insula, even before they were diagnosed.

Researchers say that this could help them to predict who will become mentally ill in later life.

The Edinburgh team also say that this shows that dysfunction of the insula – which is used to process emotions – in high-risk people is one the major causes of depression.

The study builds on previous research, which has shown that the insula – located in the deep folds of the brain – is involved in the onset of mood disorders.

Dr Heather Whalley, of the University of Edinburgh’s Division of Psychiatry said: “These findings advance our understanding of the biological processes involved in the development of mood disorders. They show that increased activation in this part of the brain differentiates individuals at high-risk of bipolar disorder who later develop depression from healthy people and those at familial risk who remain well.”