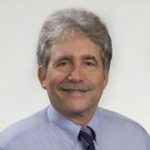 Adults who have major depressive disorder are less likely to respond to antidepressant medications if they experienced physical, emotional, or sexual abuse as children, particularly before the age of 7, a new study has found. The research, reported May 3 in the journal Translational Psychiatry, suggests clinicians should identify patients with a history of childhood trauma and consider alternative treatments for their depression.

Co-leaders of the research, which assessed trauma exposure and analyzed treatment response among participants in the International Study to Predict Optimized Treatment in Depression, were Dr. Leanne Williams and NARSAD 1998 Young Investigator Charles DeBattista, M.D., both at Stanford University School of Medicine. Charles B. Nemeroff, M.D., Ph.D., a 1996 and 2003 NARSAD Distinguished Investigator at the University of Miami and a member of BBRF’s Scientific Council, and BBRF Scientific Council member Alan F. Schatzberg, M.D., of Stanford University, were senior members of the team.

Researchers have long recognized that children who experience trauma, particularly due to abuse or neglect, are more likely than others to develop major depression later in life. Dr. Nemeroff and his colleagues wanted to know whether patients who experienced early-life trauma respond differently than other patients to commonly used antidepressant medications.

Depressed adults less likely to respond to antidepressants if they experienced abuse as children, especially before age 7.

To find out, they analyzed how 1,008 patients with major depressive disorder, as well as 336 healthy controls, responded to eight weeks of treatment with one of three commonly prescribed antidepressants—escitalopram (marketed under various names, including Lexapro and Cipralex), sertraline (Zoloft and others), or venlafaxine (Effexor and others).

The team found that study participants with major depression were four times more likely than healthy participants to have experienced sexual, physical, or emotional abuse as children, and twice as likely to have been exposed to other childhood traumas.

Overall trauma exposure did not correlate to patients’ response to antidepressants, but childhood abuse did. The researchers found that individuals who had experienced the most abuse were the least likely to respond to any of the three antidepressants. Abuse that occurred prior to age 7 correlated to the poorest treatment outcomes.