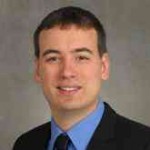 Although psychiatrists define these psychotic illnesses as separate disorders, recent genetic and brain imaging studies have suggested that they are very similar to each other, differing in the severity of symptoms, rather than the kind of symptoms. Refining the definitions of these illnesses and more clearly delineating their natural boundaries could expedite the search for their causes and for improved treatments.

A study published online October 2nd in JAMA Psychiatry suggests that these disorders actually fall into two groups, with schizoaffective disorder grouped together with schizophrenia. Led by Roman Kotov, Ph.D., 2009 NARSAD Young Investigator Grantee, of Stony Brook University in New York, the study monitored 526 participants for four years, charting their symptom course, and a 10-year outcome was obtained for 413 individuals. The researchers looked for how the symptoms of these illnesses changed over time, and how people functioned in their day-to-day activities 10 years after their initial diagnosis.

This long-term view revealed an abrupt difference in psychosis features and 10-year outcome, with mood disorder (bipolar disorder or depression) with psychosis in one category, and schizophrenia and schizoaffective disorder in another category.

The finding lends support to an old idea that schizophrenia is primarily a thought disorder, whereas mood disorders are rooted in emotional disturbances. “Co-occurring schizophrenia and mood disorder may be better coded as separate diagnoses, an approach that could simplify diagnosis, improve its reliability, and align it with the natural taxonomy,” the researchers reported.

Read the abstract of this research.