The New York Times: While psychiatric illnesses such as schizophrenia, bipolar disorder, autism, major depression and attention deficit hyperactivity disorder seem very different, new research shows that they share several genetic glitches that can nudge the brain along a path to mental illness. Which disease, if any, develops is thought to depend on other genetic or environmental factors.

The study, published online in the Lancet, was based on an examination of genetic data from more than 60,000 people worldwide. Its authors say it is the largest genetic study yet of psychiatric disorders. The findings strengthen an emerging view of mental illness that aims to make diagnoses based on the genetic aberrations underlying diseases instead of on the disease symptoms.

Two of the aberrations discovered in the new study were in genes used in a major signaling system in the brain, giving clues to processes that might go awry and suggestions of how to treat the diseases. 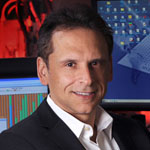 “What we identified here is probably just the tip of an iceberg,” said NARSAD grantee Dr. Jordan Smoller, lead author of the paper and a professor of psychiatry at Harvard Medical School and Massachusetts General Hospital. “As these studies grow we expect to find additional genes that might overlap.”

Read the entire article from The New York Times.